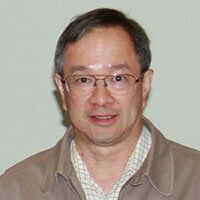 Professor Gin is one of the affiliated faculty members of the University of San Diego’s Burnham-Moores Center for Real Estate. His other research interests include local public finance, urban transportation, and the economy of San Diego. On the latter subject, he is best known for developing and publishing the University of San Diego’s Index of Leading Economic Indicators for San Diego County, a monthly report on the outlook for the local economy. Professor Gin’s insights on the local economy have made him a popular source for interviews, and he has given over 1,000 interviews to local and national media sources. He has been quoted in the San Diego Union-Tribune, the Wall Street Journal, the New York Times, the Los Angeles Times, the San Diego Daily Transcript, the San Diego Business Journal, Newsweek, and other publications. He has also been interviewed on KPBS, KFMB, KOGO, KSDO, and KCEO radio, and has made appearances on KFMB, KGTV, KNSD, KUSI, KSWB, and XETV television.

In addition to studying the local economy, Professor Gin also has an interest in the business environment of Asia in general and of greater China in particular. He is currently a member of the Advisory Board of the Asian Business Association of San Diego and sits on the Board of Directors of the Hong Kong Association of Southern California (San Diego Chapter).  He has taught in the University of San Diego’s Study Abroad Programs in Hong Kong and Beijing/Shanghai, and has traveled extensively in the region.