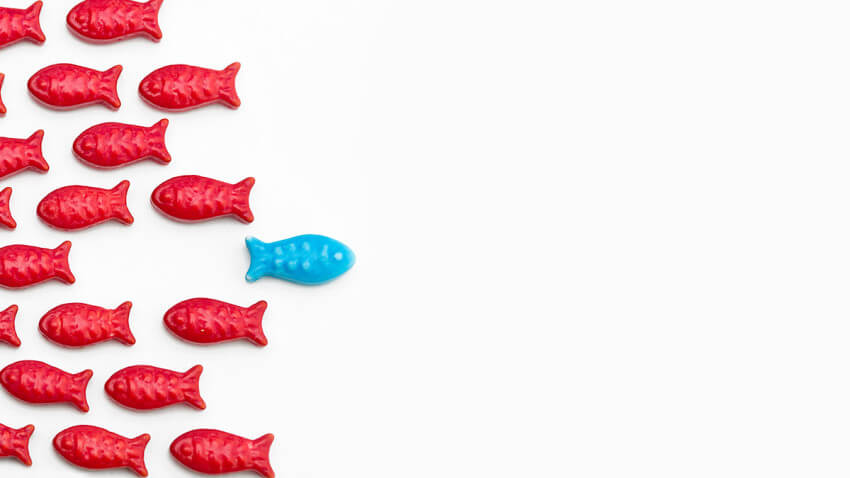 Although women make up 40% of the global workforce, they hold only 24% of senior management roles around the world — a figure that has not changed significantly over the past decade. Of chief executive officers of S&P 500 firms, only about 5% are women. Why aren’t more talented women moving up? Researchers have pointed to an array of reasons, from explicit discrimination to promotion processes that quietly favor men, but one of the most perplexing is that women themselves aren’t as likely as men to put themselves forward for leadership roles through promotions, job transfers, and high-profile assignments.

Women begin their careers with ambitions that are just as high as their male peers, but before long they scale back their goals and shy away from competing for these jobs. The reason, many assume, is because women are risk averse or lack confidence, or maybe because they have different career preferences than their male colleagues do. But our research suggests another reason.

We recently conducted a study of more than 10,000 senior executives who were competing for top management jobs in the UK. We found that women were indeed less likely than men to apply for these jobs, but here’s the interesting part: We found that women were much less likely to apply for a job if they had been rejected for a similar job in the past. Of course, men were also less likely to apply if they had been rejected, but the effect was much stronger for women — more than 1.5 times as strong.

The implications here are not trivial, because rejection is a routine part of corporate life. Employees regularly get rejected for promotions, job transfers, important project assignments, and so on. To reach the top of the organization, people need to keep playing the game, over and over again, even after repeated disappointments. So even small differences between how men and women respond to rejection could lead to big differences over time.

To investigate this effect further, we interviewed top women executives about their experiences in recruitment processes and found a common complaint: dissatisfaction and frustration with how those processes were managed. For example, the CFO of a biotech company recalled that she had been considered for a CEO position. After failing to get the job after many rounds of interviews, she had been left with the impression that she was asked to apply merely because she was female and the firm needed a woman on the shortlist — not because the company was serious about hiring her. This may or may not have been true, but that’s the impression she had, and as a result she said she would be unlikely to put herself through a similar process in the future.

In line with these findings, we discovered that women tend to place greater weight than men do on the fairness of the recruitment and selection processes. This is because fair treatment is interpreted by female managers as a signal that they belong and are accepted in the executive community. Moreover, women who are rejected tend to perceive their treatment as less fair than men do.

While this could sound to some like sour grapes (e.g., “I didn’t win, therefore the contest was rigged”) our findings suggest something subtler. Women’s decisions to remove themselves from competition after having been rejected is driven partly by their experience of being a negatively stereotyped minority in the executive labor market. Think about it — women executives were coming to the table with past experiences of being in the minority, and they may have been in situations in which they felt like outsiders or felt that their leadership ability wasn’t recognized. Because the majority of men had generally not been subject to these same situations, men were less likely to take rejection as a signal that they did not belong in the corner offices, and therefore such disappointments had less of a negative impact on their willingness to apply again.

And, by the way, this same underlying mechanism should apply to any underrepresented group. In other words, what we found is not that there’s something unique about women; it’s that women are a minority, and minorities are often not perceived as legitimate leaders. Indeed, we would expect that men would behave in the same way in contexts where they were seen as illegitimate or outsiders.

These results have important managerial implications. For any company wanting to improve its gender diversity at the senior levels, the most important thing is to avoid the temptation to solely focus on encouraging more women to throw their hat into the ring. That approach misses the mark because it doesn’t address the underlying problem that female executives may feel that the company doesn’t truly believe that they belong in top management. This can be true whether or not the organization is actually contributing to that feeling. In fact, issuing blanket encouragements to women to apply for leadership positions could even backfire if it means the company ends up rejecting more women. Our research suggests this will make those women less likely to apply for similar jobs in the future, compounding the company’s gender problem.

Companies must take a hard look at their recruiting and promotion processes to assess whether they are indeed fair — and, just as important, whether those processes are perceived to be fair, especially by women and other minorities. A series of questions can help make that determination: Does the company have the right procedures in place to manage rejection in recruitment and promotion processes? For example, does it give appropriate feedback to candidates who are rejected? What signals is it sending to both men and women who are rejected? Companies need to look beyond recruitment and promotion and ask themselves whether they foster a sense of belonging and how they can ensure that underrepresented groups don’t feel overlooked or slighted. By addressing any deficiencies in the above, firms can begin to chip away at their glass ceilings. After all, when it comes to gender diversity, it’s not so much a matter of getting women to lean in; it’s more a matter of preventing them from leaning out.