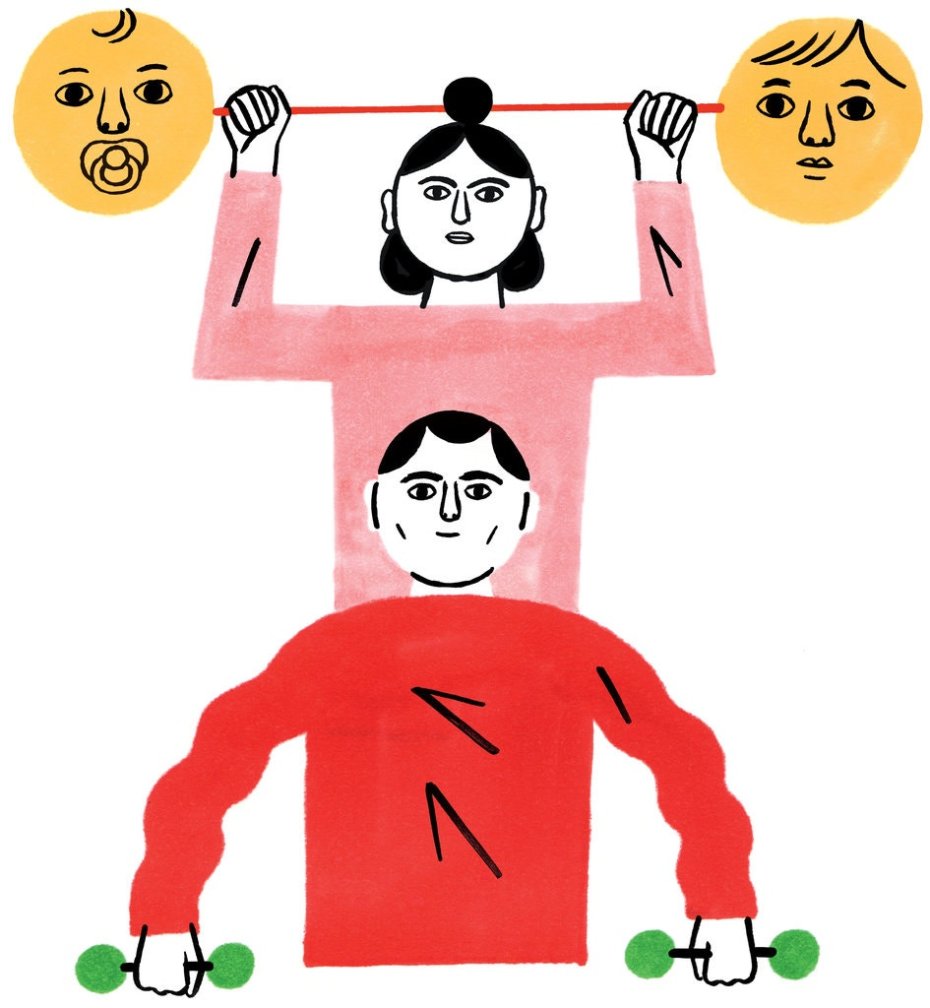 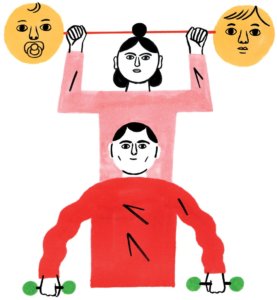 When my husband and I became parents a decade ago, we were not prepared for the ways in which sexism was about to express itself in our relationship. Like me, he was enthralled by our daughters. Like him, I worked outside the home. And yet I was the one who found myself in charge of managing the details of our children’s lives.

Too often I’d spend frantic days looking for spring break child care only to hear him ask, “Oh, there’s no school tomorrow?” Or we’d arrive home late with two tired kids, and instead of spearheading their nighttime routine he’d disappear to brush his own teeth. Unless I pointed out these lapses (which he’ll tell you I often did, and I’ll tell you I often did not), he was unaware.

We’ve all heard this story before. Thinking about my own relationship, and watching the other couples I knew, I kept wondering: Why is this still happening?

The optimistic tale of the modern, involved dad has been greatly exaggerated. The amount of child care men performed rose throughout the 1980s and ’90s, but then began to level off without ever reaching parity. Mothers still shoulder 65 percent of child-care work. In academic journals, family researchers caution that the “culture of fatherhood” has changed more than fathers’ actual behavior.

Sociologists attribute the discrepancy between mothers’ expectations and reality to “a largely successful male resistance.”This resistance is not being led by socially conservative men, whose like-minded wives often explicitly agree to take the lead in the home. It is happening, instead, with relatively progressive couples, and it takes many women — who thought their partners had made a prenatal commitment to equal parenting — by surprise. Why are their partners failing to pitch in more?

The answer lies, in part, in the different ways that men and women typically experience unfairness. Inequality makes everyone feel bad. Studies have found that people who feel they’re getting away with something experience fear and self-reproach, while people who feel exploited are angry and resentful. And yet men are more comfortable than women with the first scenario and less tolerant than women of finding themselves with the short end of the stick. Parity is hard, and this discrepancy lays the groundwork for male resistance.

Though many men are in denial about it, their resistance communicates a feeling of entitlement to women’s labor. Men resist because it is in their “interest to do so,” write Scott Coltrane and Michele Adams, leaders in the field of family studies, in their book, “Gender and Families.” By passively refusing to take an equal role, men are reinforcing “a separation of spheres that underpins masculine ideals and perpetuates a gender order privileging men over women.”

While interviewing working parents for a book on parenthood, I spoke with one dad in Vermont who said: “The expectation among my male friends is still that they will have the life they had before having kids. My dad has never cooked a meal. I’ve strayed from that. But subconsciously, the thing that makes you motivationally step up and do something when you’re not being asked …” he trailed off, and then said: “I have justifications. It’s a cop-out.”

Take love out of the equation and focus on the workplace, and it’s clear how this plays out. Studies show that male employees sit back while their female co-workers perform the tasks that don’t lead to promotion. In a series of lab studies, the economists Lise Vesterlund, Linda Babcock and Maria Recalde and the organizational behaviorist Laurie Weingart found that in coed groups, women are 50 percent more likely than men to volunteer to take on work that no one else wants to do. But in all-male groups, the men volunteer just as readily.

In an interview with NPR, Dr. Vesterlund explained that the women do the work “because they’re expected to.” The men “come into the room, they see the women, they know how we play these games.”

We play the same games at home. I interviewed couples separately and found that the women were often angry, while many men didn’t seem to realize there was a problem.

“She felt like we were really in it together,” a father of teenagers told me — after I spoke with his long-frustrated wife.

The couples offered three explanations for this labor imbalance. The first was that women take over activities like bedtime, homework and laundry because men perform these tasks inadequately. But this isn’t “maternal gatekeeping,” the theory that men want to help but women disparage their capabilities and push them out. Instead these seem to be situations that necessitate the intervention of a reasonable adult.

A mother in California said: “It’s important to me that my sons are not falling asleep in class and that they’re not late for school. My husband does not share those priorities, so I do bedtime and school drop-off.”

The dad in Vermont explained: “I do laundry when I need it. When it comes to the kids’ laundry, I could be more proactive, but instead I operate on my time scale. So my wife does most of their laundry. Let me do it my way and I’m happy to do it, but if you’re going to tell me how to do it, go ahead and do it yourself.”

The second explanation involved forgetting or obliviousness. A mother in Illinois said: “My husband is a participatory and willing partner. He’s not traditional in terms of ‘I don’t change diapers.’ But his attention is limited.” She added, “I can’t trust him to do anything, to actually remember.”

A dad in San Francisco said that many of the tasks of parenting weren’t important enough to remember: “I just don’t think these things are worth attending to. A certain percentage of parental involvement that my wife does, I would see as valuable but unnecessary. A lot of disparity in our participation is that.”

Finally, some men blamed their wives’ personalities. A San Diego dad said his wife did more because she was so uptight. “She wakes up on a Saturday morning and has a list. I don’t keep lists. I think there’s a belief that if she’s not going to do it, then it won’t get done.” (His wife agreed that this was true, but emphasized that her belief was based on experience: “We fell into this easy pattern where he learned to be oblivious and I learned to resent him.”)

A father in Portland, Ore., confirmed that his wife takes on more but said: “It has to do with her personality. She always has to stay busy. No matter what day of the week it is, she has a need to be engaged, to be doing something.”

Many mothers told me they had tried to change this and had aired their grievances with their partners, only to watch as nothing changed. A mother in Queens said she spent three years trying to get her husband to do more before coming to terms with the fact that maybe it was never going to happen. “He notices the unfairness, but he just accepts it as something we have a disagreement about,” she said. “How much convincing of the other person can you do?”

All this comes at a cost to women’s well-being, as mothers forgo leisure time, professional ambitions and sleep. Wives who view their household responsibilities “as unjust are more likely to suffer from depression than those who do not,” one study says. When their children are young, employed women (but not men) take a hit to their health as well as to their earnings — and the latter never recovers. Child-care imbalances also tank relationship happiness, especially in the early years of parenthood.

Division of labor in the home is one of the most important gender-equity issues of our time. Yet at the current rate of change, MenCare, a group that promotes equal involvement in caregiving, estimates that it will be about 75 more years before men worldwide assume half of the unpaid work that domesticity requires.

If anything is going to change, men have to stop resisting. Gendered parenting is kept alive by the unacknowledged power bestowed upon men in a world that values their needs, comforts and desires more than women’s. It’s up to fathers to cop to this, rather than to cop out.