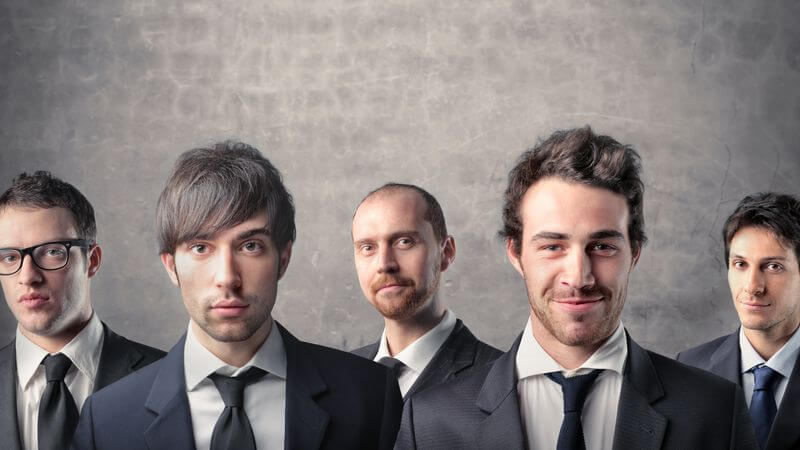 Next time you find yourself watching a panel of experts discussing the latest in technology, finance, engineering, math or science, ask yourself: Am I looking at a sea of men?

Most likely, the answer is yes. Spotting a woman on a tech panel often feels like a game of Where’s Waldo?. Majority-male panels are nearly ubiquitous in the tech industry — inspiring the blog Congrats, You Have an All-Male Panel!, a game of Female Conference Speaker Bingo and even a cute portmanteau, “manel.”

In March, Goldman Sachs hosted a two-day technology conference in which 93% of the speakers were men. In January 2016, Davos hosted an all-male panel on women’s equality (the woman pictured was the moderator). In April 2016, PayPal held another all-male panel on gender equality. At Business Insider’s Ignition 2016 conference, a panel on smart bots included exclusively male panelists.

Stage time, too, is often unequal: Keynotes from some of the most powerful tech companies in the world — including Apple and Google — give women far less speaking time than men.

The majority-male conference is inexcusable, but (usually male) representatives try to excuse it anyway. Some don’t see the problem at all.

• “There was a lot of diversity you don’t recognize,” including “a Canadian,” an Apple representative told Mic in September, responding to our report about the gender divide in the latest iPhone event.

• “Inexcusable is pretty strong,” said an organizer of the all-male Edge Conference in 2013. “I don’t feel need to defend this, but am happy with our process.”

• “Yes, gender equality and racial equality are important,” Brit Ruby organizer Sean Handley said in a GitHub post about why the 2013 conference was canceled. “But the team’s motives were to get the best speakers who were able to make it to Manchester. … It doesn’t matter who speaks at a conference, as long as they’re capable, interesting and relevant.”

• “It’s … often much harder to identify the women who are doing interesting work than the men,” Mike Kuniavsky, who organized the Sketching in Hardware conference, told Fortune in 2015.

These excuses are, to put it bluntly, lazy. Women, including women of color, are all over the tech industry — it’s just that men don’t seem to see them.

So this month, I set out to find these “elusive” figures in tech. I put out a call on Twitter, asking for people to send me their recommendations for cis women and others who aren’t normally asked to speak — including women (especially cis women of color and trans women), non-binary folks, and anyone else identifying as LGBTQ.

I’ve compiled more than 1,000 confirmed individuals in the document below. The list does not state each individual’s gender, but it includes people who fit in across the gender spectrum and exist outside of it. No one on the list is a cisgender man.

Lists aren’t the solution either. Action is. It’s important to understand that a list isn’t a solution to sexism in tech. As Jeena Cho wrote for Above the Law in April, asking for suggestions of women speakers for a future event just shifts responsibility.

And similar lists of qualified women have already been compiled. The 50/50 Pledge has a private directory of professional women in tech in order to achieve gender parity at speaking engagements. CallbackWomen advocates giving all underrepresented genders — “nonbinary, gender-nonconforming, trans women, trans men, cis women and more” — room to speak at professional programmer conferences. Plenty of organizations are working daily with the same mission — to diversify the forward-facing representation of experts in the fields.

The point was to debunk the myth that women qualified to address tech and science topics are just too hard to find. Pretending there’s a lack of qualified people who aren’t cis men is a flimsy and insultingly sexist argument. If cis male tech leaders really wanted to disrupt the status quo, they might try hearing ideas from people who don’t look like them.

Don’t tokenize your women speakers either. Getting women and nonbinary people on stage is just the beginning; we also have to disrupt the idea that the only thing minorities are qualified to speak on is being a minority. The tech experts listed here are more than tokens — they’re authorities in their fields.

Kaya Thomas, an iOS app developer who will go to work at Slack after she graduates from Dartmouth College with a degree in computer science this year, said that she would love to actually do some technical talks — but more often than not, she’s invited to speak about her path into tech as a black woman. “I’ve done some speaking engagements, and a lot of the time it is around diversity and inclusion,” Thomas said. “Can I just go to an iOS development conference and talk about technical stuff? That would be fun. I hope I get to do more of that — things that are about engineering.”

Individuals from underrepresented groups shouldn’t have to tediously compile lists and shout into the Twittersphere that they are here, they are experts and they want to speak. Panel organizers need to make a more concerted effort to diversify their experts. Male panelists need to look at their fellow panelists and, if they notice it’s exclusively white men, make space for more voices.

We’re not always going to do the work for you.