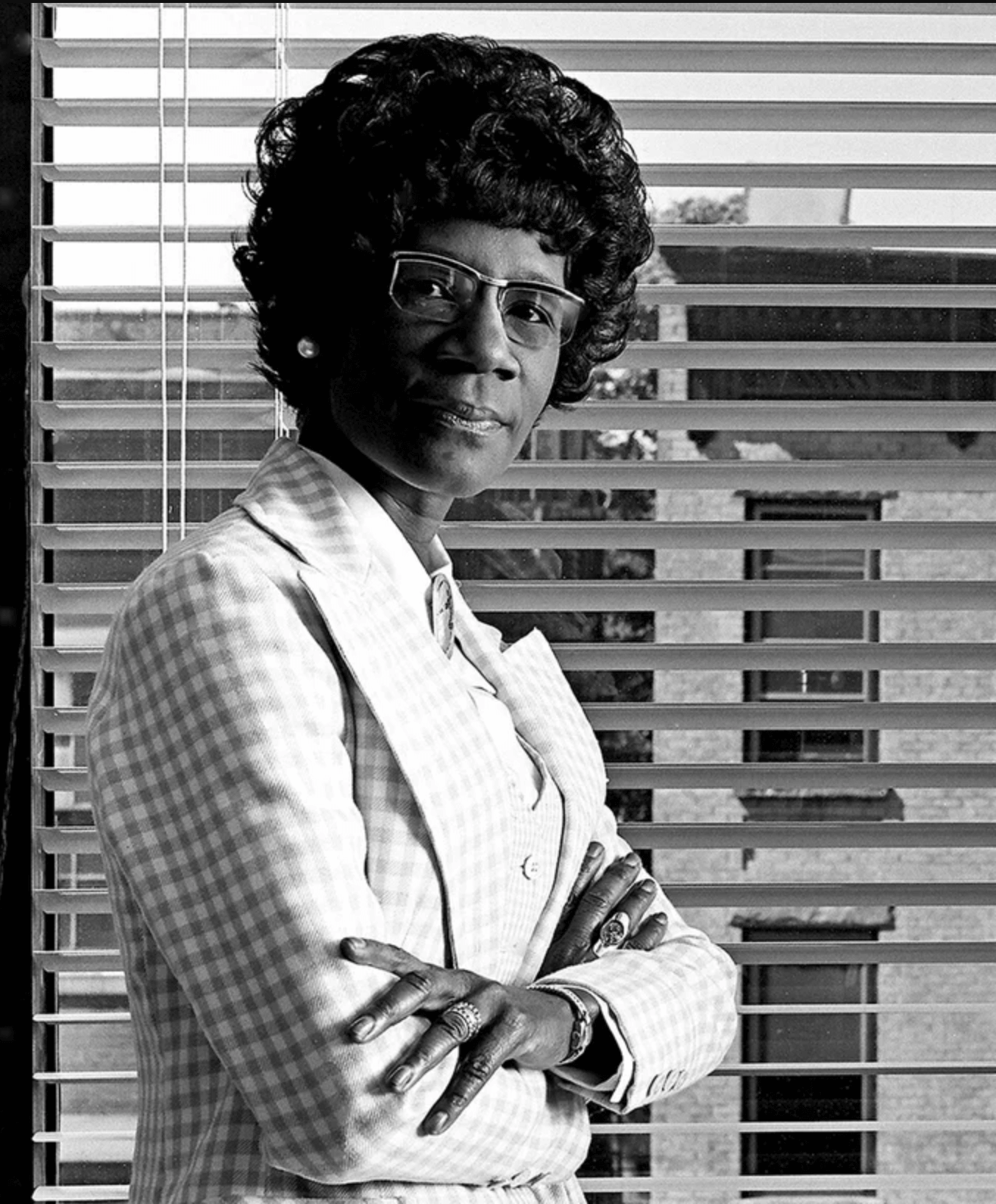 The stories, accomplishments and lives of Black women have never traditionally had a place of importance in mainstream history. For centuries, achievements reached by Black women have only ever been celebrated in the Black community, amongst those who knew how big of a deal it was. But as the years have gone by, society has learned not only to embrace these milestones, but finally celebrate the noteworthy accomplishments Black women have brought to the table: Althea Gibson was the first Black woman to compete in the Wimbledon Championships (and win, paving the way for Venus and Serena Williams); Michelle Obama became the first Black First Lady of the United States, who used her platform to spread knowledge about equality, nutrition and general kindness.

But before the world knew the Gibsons, the Obamas and the Harrises, there were the Chisholms, the Hamers and the Mahoneys. From as far back as the 1800s to present day, Black women have been shaking up societal norms and becoming vanguards for positions now deemed normal for a Black woman today to have. These seven women took admirable steps in their respective fields over the last 141 years to become medical experts, politicians, inventors and the like so the Black woman of today could follow their dreams as well.

Politician Shirley Chisholm was the first Black woman elected to Congress in 1969; she served in the House of Representatives for New York’s 12th district until 1983. Following her tenure in Congress, Chisholm took her talents to the Democratic campaign trail when she decided to run for president, becoming the first Black candidate to seek a major party’s nomination and appear in a presidential debate. While Chisholm didn’t win the nomination, her passion for politics and equality served as inspiration for Black politicians including former President Barack Obama. The spirit is perfectly summed up in her famous quote,”If they don’t give you a seat at the table, bring a folding chair.” Chisholm was posthumously awarded the Presidential Medal of Freedom in 2015.

Inventor Mary Kenner created a belt to hold sanitary napkins in place during the 1920s. In an era when women still used rags during their periods, Kenner’s belt would adjust to keep a napkin in place for a more comfortable and less messy time of the month. Because of her race, however, Kenner was turned down for a patent. “Sorry to say, when they found out I was black, their interest dropped,” Kenner later recalled. “The representative went back to New York and informed me the company was no longer interested.” Kenner was eventually able to buy a patent for her belt in 1957.

Wangari Maathai became the first African woman to win the Nobel Peace Prize in 2004. The founder of the environmental organization the Green Belt Movement, where women were encouraged to plant trees in their communities and on their land, Maathai dedicated her activist career to environmental conservation and human rights. At the University of Nairobi in 1976 and 1977, respectively, she became the first woman to chair the Department of Veterinary Anatomy and become an associate professor. Maathai was also the author of four books during her lifetime: The Green Belt Movement, Unbowed: A Memoir, The Challenge for Africa and Replenishing the Earth.

Judge Jane Bolin made history in 1939 when she became the first Black woman to practice law in the United States. Bolin presided over Domestic Relations Court in New York following her graduation from Yale Law School; she also became the first Black woman to pass New York State’s bar exam in 1932. Throughout her 40-year career, where she remained in Domestic Relations Court, Bolin never failed to advocate for civil rights, education and the societal advancements of Black men, women and children.

Equal voter rights was the goal for activist Fannie Lou Hamer during the Civil Rights era; she was a pioneer in the fight to the fight to get Black men and women to vote as an organizer with the Student Non-Violent Coordinating Committee (SNCC). In 1962, she attempted to register 17 men and women to vote at the Indianola, Mississippi Courthouse and was turned away. Hamer herself successfully registered the following year and went on to create the Mississippi Freedom Democratic Party (MFDP), an alternative to the Democratic Party for Black voters, in 1964. That same year, she founded Freedom Summer, so voters of all backgrounds could aid in Black voter registration, and attempted to run for the Mississippi House of Representatives.

Mary Eliza Mahoney opened the doors for Black women in the medical field early on, becoming the first Black licensed nurse in the United States in 1879. Mahoney attended the New England Hospital for Women and Children’s rigirous 16-month program at the age of 33 and went on to become a private nurse, as the discrimination in the public nursing sector was too much for her. Mahoney went on to found the National Association of Colored Graduate Nurses in 1908 and became one of the first women to register to vote in Boston in 1920.

Journalist and activist Daisy Bates cofounded the Black newspaper, the Arkansas State Press, with her husband and fellow journalist in 1941; the weekly paper, which was the largest Black newspaper in Arkansas, regularly discussed and championed civil rights. Years later, in 1952, Bates became the president of the Arkansas chapter of the National Association for Advancement of Colored People (NAACP). A defining moment in her life of civil rights advocacy came five years later in 1957, when she helped assemble nine black students together to attend Central High School, which had yet to accept any black students despite Brown vs. Board of Education stating segregation was unconstitutional. The Little Rock Nine segregated Central High School with Bates’ push for change.

The words “Black History Month” often evoke stories of luminaries like Rosa Parks and Dr. Martin Luther King Jr. While their legacies will always be crucial to the culture, this year, we’re going beyond.

Roots is R29Unbothered’s Black History Month series that delves into the tangled history of Black identity, beauty and contributions to the culture. Follow along as we shine light on Black history and Black present throughout February and beyond — because Black history is made every day.