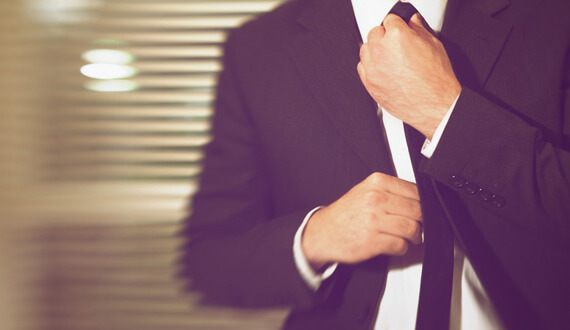 NPR has a new brutal but important story about rape in the military. “Dozens” of women told NPR “about a culture where men act entitled to sex with female troops.” One woman, repeatedly assaulted by her superior officer, recalled:

“I finally asked his secretary that when he called me and closed the door, [to] please knock on the door. And she said, ‘Sabina, it happens to everybody.'”

This story comes after this week’s conviction of two football players from Steubenville, Ohio High School for raping an intoxicated 16-year-old girl.

One connection between these two stores is obvious: High school football and the U.S. military are two venerable male-dominated sub-cultures that prize conformity, places where boys will be boys, where male supervisors break in young male recruits, helping them become cogs in the machine.

But what struck me further about both NPR’s story and the Steubenville rape case is the casual assumption of entitlement to women’s dehumanized bodies. There seemed to be no soul-searching or empathy in either setting, just the taken-for-granted notion that, when presented with the opportunity to use women’s bodies sexually, well, what else would one do?

That was the shocker of Steubenville, but it shouldn’t have been. If we really grasp this, we put the lie to the facile declarations of women’s parity with men. For me, this dehumanization of women underscores the importance of such seemingly banal statistical measures as occupational gender segregation, the separation of men and women into different jobs.

Of course, the gang rapes of Steubenville or the military (also described in the NPR story) don’t happen to everybody. But to understand the relationship between culture and behavior, you have to consider the possibility that extreme behavior is the tail end of a long distribution. It’s not always, but in this case I think it’s justified. Most men don’t act like the convicted Steubenville football players or the military rapists decribed in the NPR piece. But what feminists have been calling “rape culture” produces a drifting cloud of sexual objectification and entitlement, the leading edge of which includes these heinous cases. What is the difference between those Steubenville athletes and the military rapists of tomorrow? Age and experience.

As sociologist Sarah Sobieraj writes, the “broader rape culture … promotes male aggression and trivializes women and the violence against them.” To balance the unusual glimpse into the rapists’ perspective we got from Steubenville (from the tweets and text messages revealed in the trial), the NPR interviews with military rape survivors show this culture from the women’s perspective. We can only imagine what the military’s rapists say to each other in their boastful moments, when no one’s looking, or when whoever is looking can be counted on to stay silent. (Like the friends of the Steubenville victim who turned on her, and the other women who allegedly threatened her after the verdict, the culture forces people to choose sides.)

Occupational segregation by gender reinforces the different worlds of men and women. Twenty-six percent of workers are in occupations that are 90 percent single-sex, from truck drivers to registered nurses. Among the merely very-segregated, 69 percent of workers are in occupations that are at least two-thirds single-sex, from janitors to elementary school teachers. When you look closer—at individual workplaces instead of occupations, the segregation is great still. Most Americans today work in almost entirely single-sex peer groups. And segregation has barely budged in the last two decades.

This separation seems to help make possible many men’s simple assumption that women don’t really exist as people. That silent assumption is very different—and harder to change—than looking a real person in the eye and saying, “I don’t like you because you’re a woman, so I’m going to hire someone else.” The power of segregation is people usually don’t have to do that. This partly explains why sexual harassment is so common in male-dominated workplaces: The women there are perceived as outsiders who threaten the normal routine. And just like peer culture can prevail over parents’ grownup interventions when it comes to socializing adolescents, workplace culture spills over into family life, as men in male-dominated jobs (such as police officers) or female-dominated jobs (where their masculinity is threatened) perpetrate violence at home.

In their new book Documenting Desegregation, sociologists Kevin Stainback and Donald Tomaskovic-Devey make the observation that, when the Civil Rights Act was passed in 1964, there was nothing to study about job segregation—it was universal. Now it varies from industry to industry and office to office, so we can learn from observing how it differs from place to place. What we see is that jobs are devalued when women hold them, that male managers do more segregated hiring than female managers, that firms subjected to more legal oversight segregate less—and that through it all, white men’s overrepresentation in management jobs (that is, compared to their share of the workforce) is virtually unchanged since 1966. One measure they use is revealing: For the typical white man in a private-sector workplace today, the co-workers at his level in the organization are about 70 percent white men as well, and that level of “social isolation” at work hasn’t changed in three decades.

The men in these stories—the football players with mothers and sisters, the military officers with wives and daughters—have normal daily interactions with women, too. But interactions are very different when they take place in different settings and with different audiences.

Here’s an example of very gender-specific behavior in the workplace. The other day, acting on a tip from another lunching sociologist, I hung around watching the white male job recruiters for a large window replacement company at our student union. In 20 minutes, as dozens of people walked by, the recruiters approached 18 men and 0 women, asking them, “You guys looking for a job?” (or, in the case of a black man, “Hey man, you looking for a job?”).

Here is their “Now Hiring” sign, showing openings in the categories of door-to-door sales guy (“Do you like the Outdoors?”), event-promoter-guy (“Interact with Homeowners”), and sales-support-girl (“No Manual Labor!”):

Had these recruiters secretly discussed approaching men only, or did it just seem self-evident to them that men were their potential co-workers? How did they see the women who walked past them? Something in their environment or experience was triggering a completely gender-differentiated kind of interaction.

Is tying this to Steubenville and military rape a stretch? Yes. And stretching is how we try to understand complex things like “culture.”