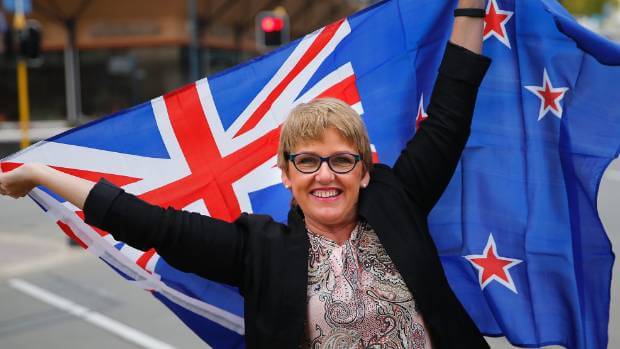 Goodhew led a delegation to the United Nations Commission on the Status of Women on behalf of Minister for Women Paula Bennett.

The commission, themed “Empowerment of Women in the Changing World of Work”, attracted about 8600 delegates. It was the secondlargest event hosted by the UN every year, Goodhew said.

“The Commission on the Status of Women is where we go searching for new ideas.

“What I am determined to do on a trip like this is to bring something home for New Zealand that is new and different.”

One toolkit she brought home was designed for businesses to evaluate whether or not they had a gender pay gap, and the other was to engage men and boys to address their attitudes and beliefs about women.

Both online tools were developed in Iceland.

Goodhew said she chose these tools because they were different to anything currently being used in New Zealand.

“They are something for us to look at whether we can fit them into the New Zealand context.

“Iceland is a very small country without the ethnic diversity New Zealand has,” she said.

Goodhew said everyone she spoke to seemed interested in a phone app developed by the Ministry for Business, Innovation and Employment which people could use to find out how much would cost to train for their chosen occupation, how much they might get paid and the chances of getting work after studying.

A blizzard which closed the commission for a day saw her chair a gathering of 24 delegates representing Norway, Sweden, German, Australia, the United Kingdom, Iceland, and Switzerland.

She said she asked participants to share what was happening in their countries, and what was frustratingly slow. She shared about New Zealand’s success at getting 43 per cent of women on to state sector boards, and the challenge of lifting the number of women on private sector boards from just 17 per cent.

Asked at the commission by Italy’s Minister for Women and an opposition spokesperson what difference it made to have women in politics, Goodhew responded that it was “diversity around the table”.

“I’m less inclined to believe it is a visible difference,” she said.

The New Zealand delegation was invited to a Pacific Island forum luncheon where equal pay and the gender pay gap were discussed and Goodhew said she started her speech with “Why do I care? I am a mother, a daughter, sister, wife and politician – that is why I care.”

She also played a video made by YWCA Auckland, which showed a man driving a woman out of a parking lot. At the pay kiosk he is told it will cost $11 for his parking. He objects, having seen a sign saying parking cost $10 and is told the extra charge is “because you have a penis”. He responds with “that’s insane, mate” and the video finishes with the statement “so is paying women 10 per cent less for doing the same job as men”.

“It completely turned it around and we had to talk about pay parity principles,” she said.