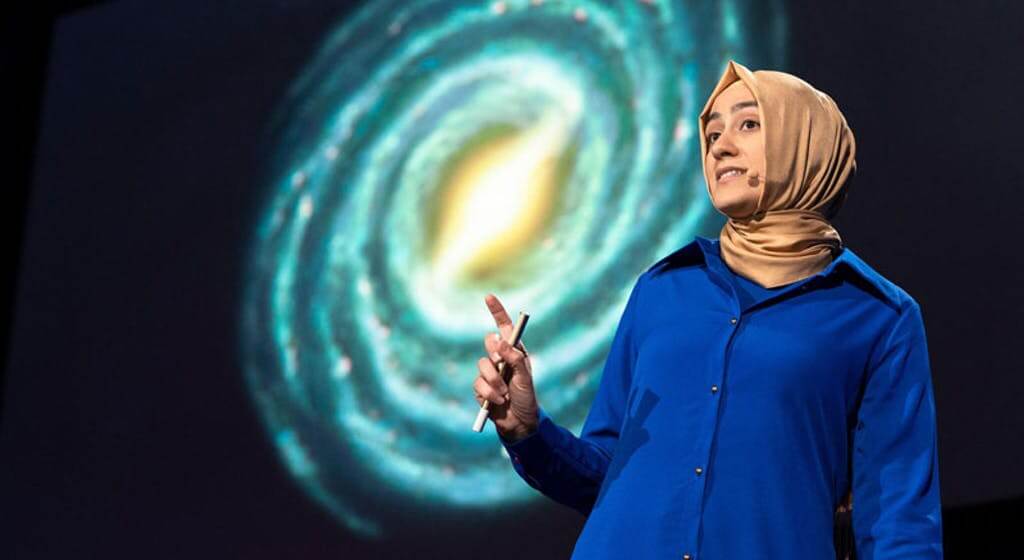 Turkish-born astrophysicist Burçin Mutlu-Pakdil shares her name with a rare double ring of stars more than 350 light-years away.

As a child growing up in Turkey, astrophysicist Burçin Mutlu-Pakdil used to enjoy looking up at the stars in the night sky. Little did she know that thanks to her scientific skills, a galaxy sitting 359 light-years from Earth would one day bear her name.

Mutlu-Pakdil’s lifelong passion for astrophysics was born when she had to prepare an assignment in middle school on an interesting person.

“I asked my sister for suggestions on who I should choose for my assignment, and she suggested Einstein, because he’s the cleverest man in the world,” Mutlu-Pakdil says. She immediately dove into reading about physics and became obsessed with understanding the cosmos. But she encountered obstacles when she chose to do undergraduate studies in physics. For starters, she had to move from her home town of Istanbul to Ankara.

“Even though my family supported my decision and encouraged me to follow my passion, friends and relatives said that girls should not leave home to study,” Mutlu-Pakdil says. A professor at the college also questioned her decision to move cities to study science. Perhaps not surprisingly, she was one of the few female students in her class.

“As a woman studying physics, I felt like an outsider and had to teach myself not to care about the comments and to just focus on my passion.” Also, even though it is not the case anymore, women in Turkey were not allowed to wear the hijab while attending university at the time she was in college.

“I wore hats and looked for ways to cover my head, but it was disconcerting. I was already battling the prejudices of being a woman studying science, and by forcing me to alter my attire, I was being compelled to be someone I was not.”

When she came to the US for her master’s degree at Texas Tech University, and later a PhD in astrophysics from the University of Minnesota-Twin Cities, she had to deal with a new set of cultural differences, but she did find a more welcoming environment.

“I was in a new country and many things were different. But since I was myself and I could dress as I pleased, I felt happier, even though there were other issues to sort out.”

There are about a trillion or so known galaxies in the universe, most of which are spirals like our home galaxy, the Milky Way. While there are solid theories about the evolution of the most common types of galaxies, rare galaxies are of particular interest to astronomers seeking to understand cosmic evolution, Mutlu-Pakdil says. (Find out about one unusual galaxy that seems to be missing a key ingredient: dark matter.) 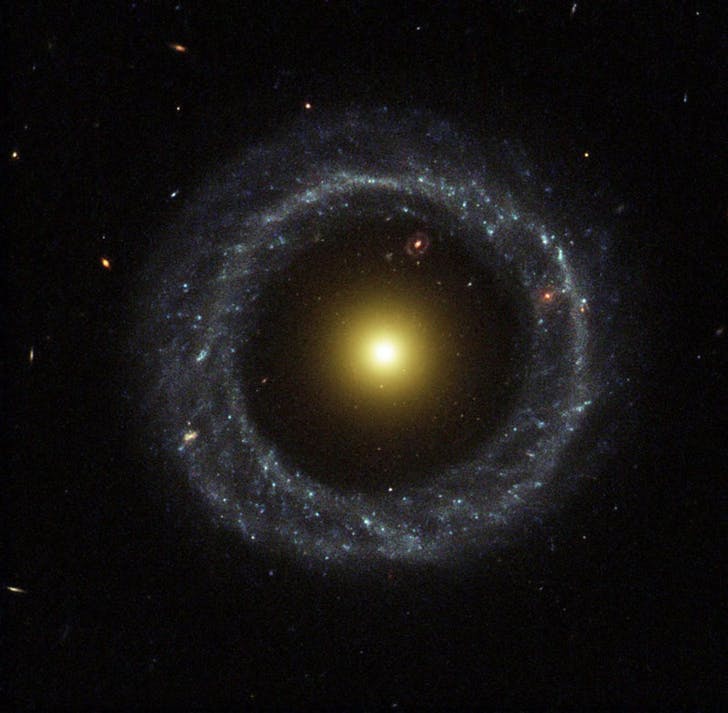 One such rare galaxy is Hoag’s Object, named after Arthur Allen Hoag, who discovered it in 1950. Hoag’s Object was the first known example of a type of ring galaxy with a bright ring of young blue stars surrounding a symmetrical central body made up of older stars, without any visible connection between them. These types of galaxies are extremely rare, comprising less than 0.1 percent of all observed galaxies.

When Mutlu-Pakdil and her team first took note of a little galaxy named PGC 1000714, they mistook it as a Hoag-type galaxy, and they were pretty excited by their discovery. But when Mutlu-Pakdil studied the galaxy further, she was astounded to find that the unusual galaxy had more secrets to reveal.

“In between the blue outer ring and the red central core, we found a diffused red-coloured inner ring surrounding the central body,” she says. “We were looking at a galaxy that had never been seen before.”

The celestial body came to be known as Burçin’s galaxy, and it is now providing astronomers with an intriguing mystery: How did such a strange object form in the first place? As with Hoag-type galaxies, the red central core is older than the blue outer ring. But in Burçin’s galaxy, the extra inner ring is the oldest of the lot, indicating that it formed first.

“When I am invited to schools or when people reach out to me through the social media, I always make it a point to emphasise that you should not block your scientific curiosity because of external pressures,” she says. “The journey may not be an easy one, but you should follow your passion.”

A publisher has approached Mutlu-Pakdil to write a book about her experiences as an astrophysicist, and in 2018 she was selected as a TED fellow, one of just 20 invited change makers from around the world.

“The platform gave me a voice and a presence I had never imagined for myself.” While preparing her TED talk, she presented it first to friends, who said it was hard to understand. “It took several drafts; I worked by trial and error till I had a draft that conveyed the information I wanted to share without being too technical,” she says.

“That’s the rule of life too, isn’t it,” she adds. “You might not get the result you want on the first try. Every time you fail, you get up and try again, and then eventually, you get there.”