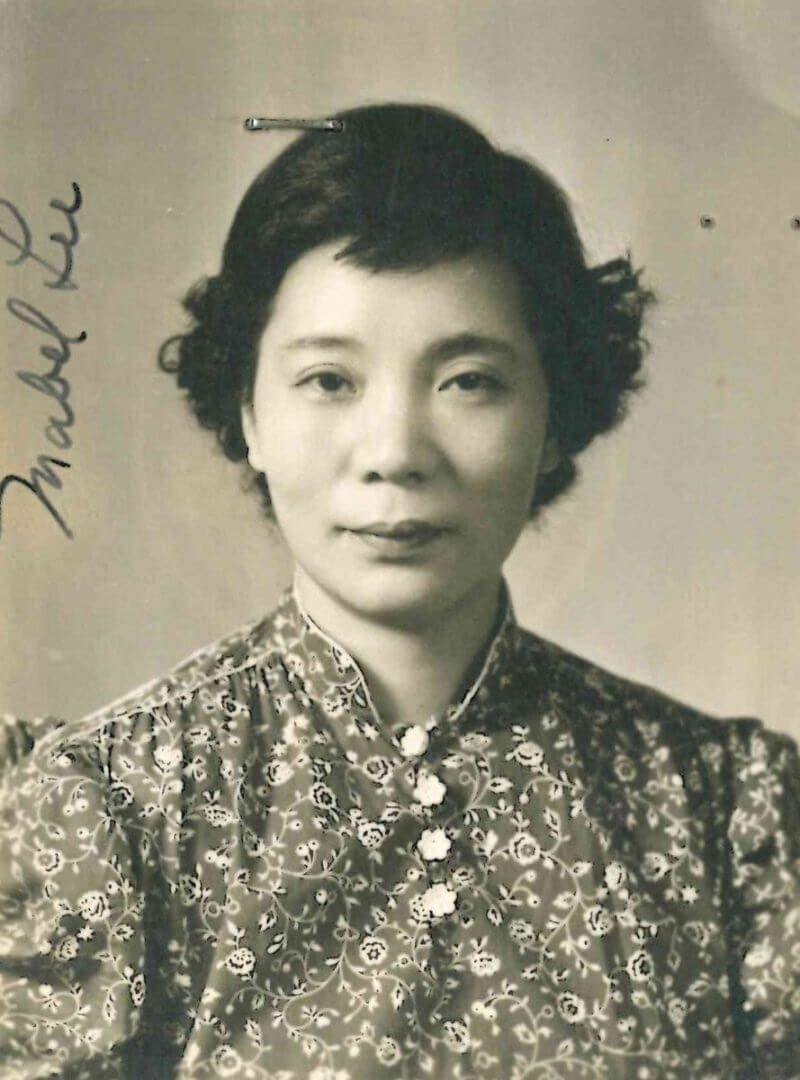 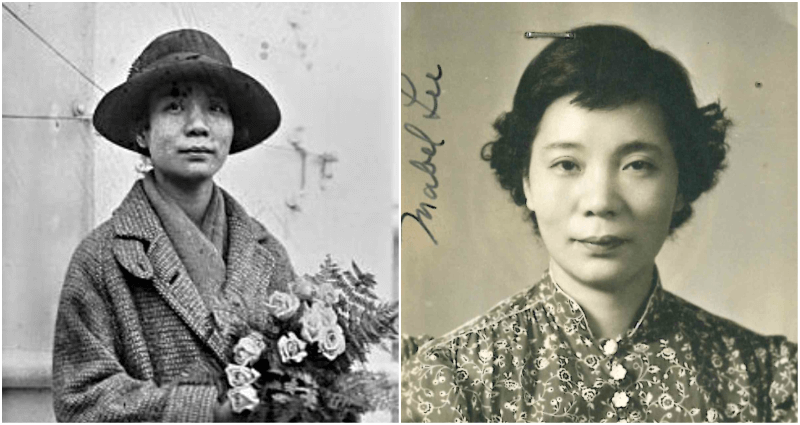 On Aug. 18, 1920, the 19th Amendment to the U.S. Constitution was ratified, granting American women the right to vote. This ended nearly a century of protest, which kicked off at the historic Seneca Falls Convention in July 1848.

The legislation, however, had very little effect on those outside the categorization of upper and middle-class White women. Among those excluded was Mabel Ping-Hua Lee, who actually fought for women’s suffrage.

Born on Oct. 7, 1897, Lee was raised by her mother and grandfather in Guangzhou, China while her father worked as a missionary in the U.S. She studied at a local missionary school, where she learned English.

Most biographical articles claim that Lee’s family emigrated to the U.S. in 1905. They reportedly settled in a tenement at 53 Bayard Street in New York’s Chinatown.

Lee attended Erasmus Hall High School in Brooklyn, which accommodated the influx of immigrant children at the time. In 1912, at the age of 16, she helped lead a parade with 10,000 others advocating for women’s suffrage while riding a horse.

The following year, Lee started attending Barnard College, where she majored in history and philosophy. Later, she received a master’s degree in educational administration from the same college. 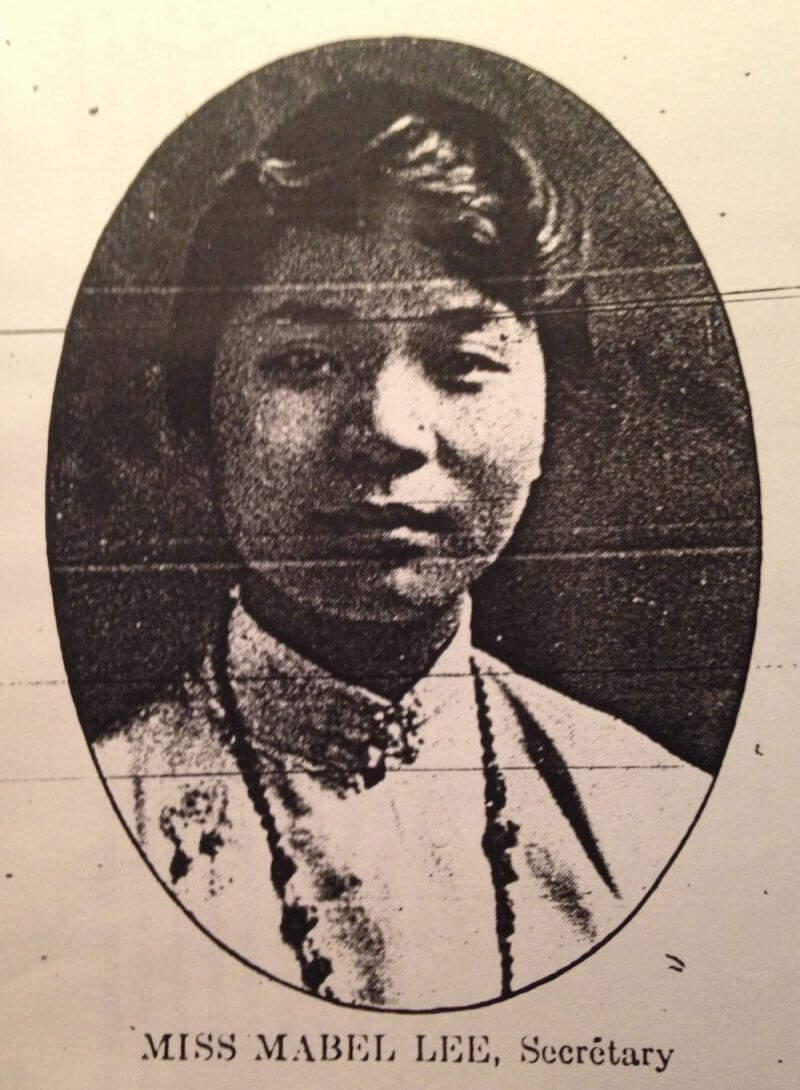 Lee in the Chinese Student Monthly at Barnard College (1915). Image via Tim Tseng

In a 1914 issue, she wrote that feminism is “the extension of democracy or social justice and equality of opportunities to women.” The following year, she gave a speech at a workshop titled “China’s Submerged Half,” which was reportedly covered in The New York Times.

“The welfare of China and possibly its very existence as an independent nation depend on rendering tardy justice to its womankind. For no nation can ever make real and lasting progress in civilization unless its women are following close to its men if not actually abreast with them,” Lee wrote.

Lee was determined to champion equality as an important feature of democracy. In Fall 1916, she ran against Tse-ven Soong — who would later serve as China’s finance minister — for president of the Chinese Student’s Association. 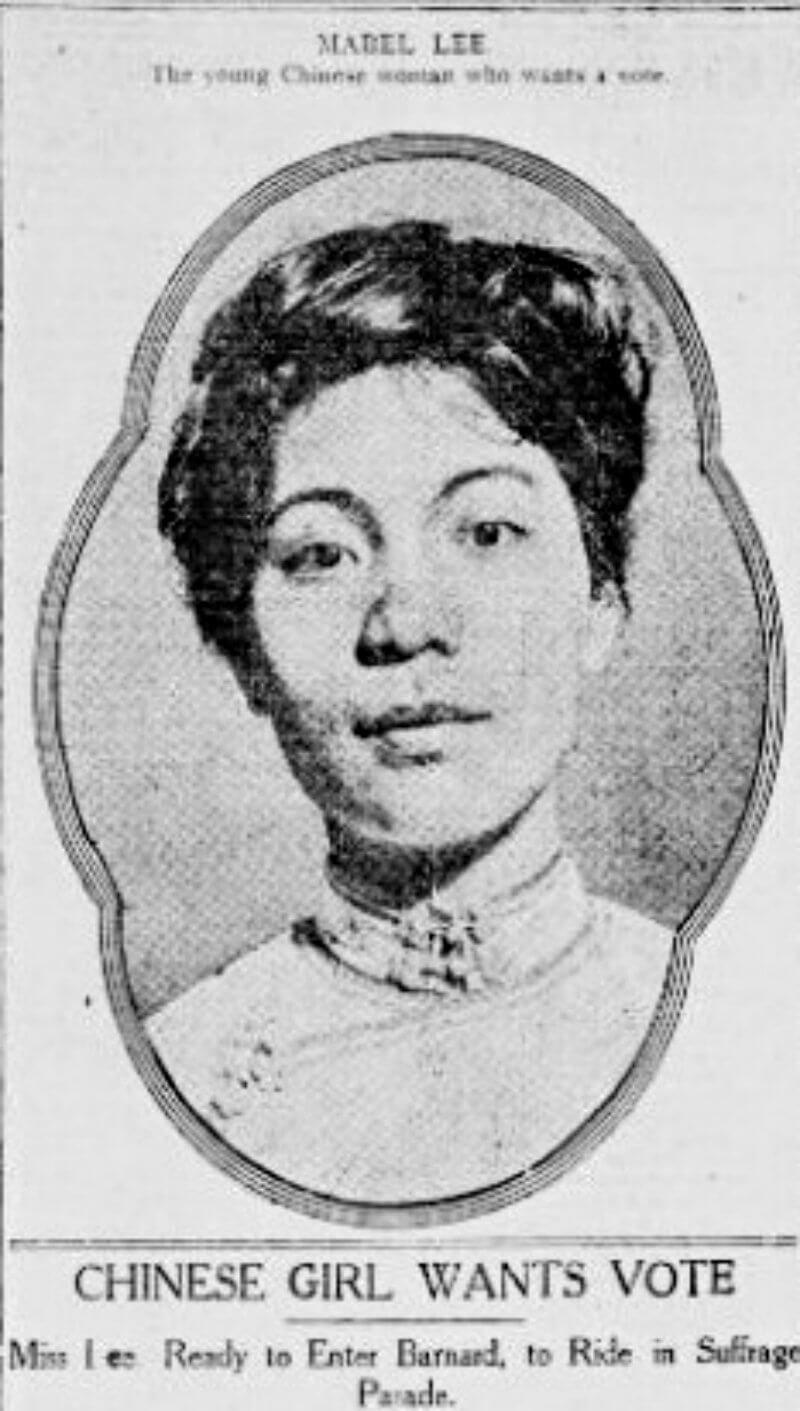 Lee in a 1912 New York Tribune article. Image via Library of Congress

Lee entered Columbia University in 1917 for a doctorate degree in economics. About four or five years later, she became the first Chinese woman to receive a Ph.D. from the university.

While in Columbia, Lee impressed the Chinese government with her research. This won her a prestigious Boxer Indemnity Scholarship, which allowed her to continue her studies.

In 1917, Lee also organized a group of women in her Chinese community to march in New York City for a parade for women’s suffrage. This movement reportedly granted some women the right to vote.

Unfortunately, despite the ratification of the 19th Amendment in 1920 — and all her efforts to fight for it — Lee herself remained unable to vote. This was because of the Chinese Exclusion Act of 1882, which denied U.S. citizenship to Chinese immigrants. 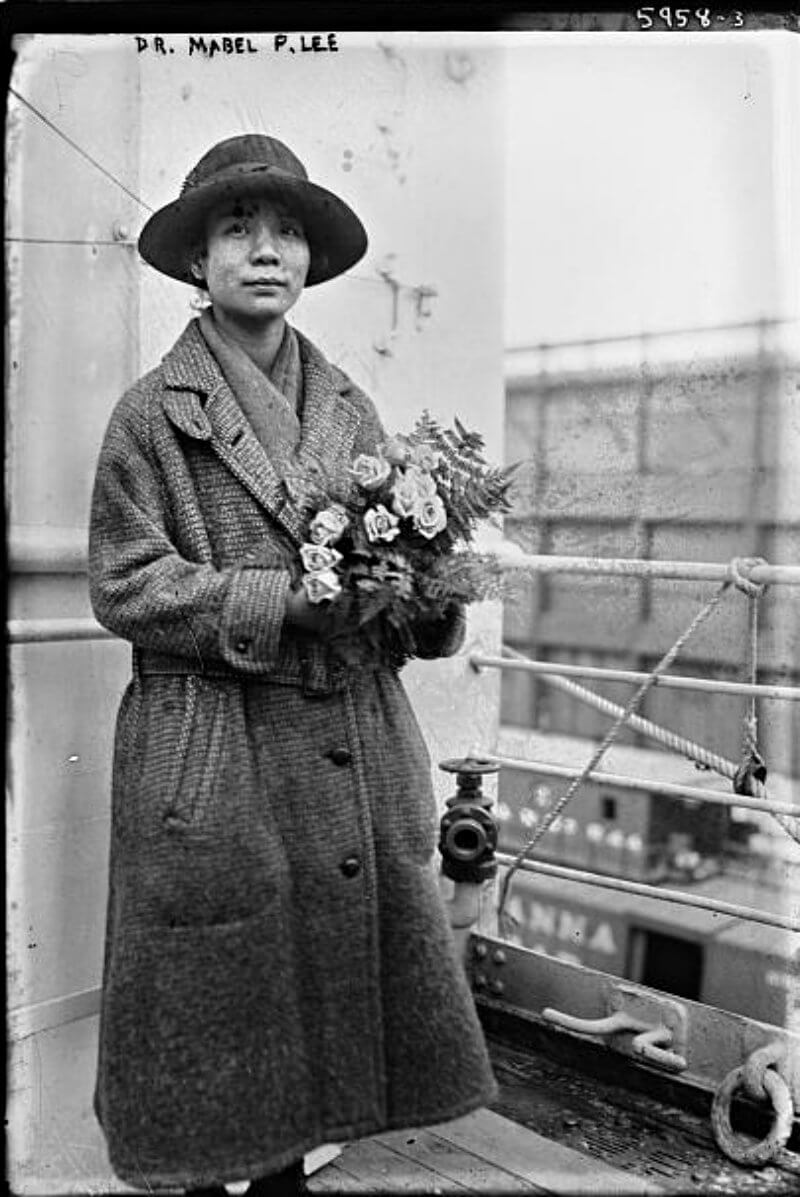 Image via Library of Congress

It was not until 1943 when male and female Chinese immigrants were finally granted American citizenship and the right to vote. From this point, it’s unclear whether Lee ever managed to vote.

“It's important for the Asian American community to see themselves in the history of this country.” My interview on @NY1 after unveiling the Mabel Lee Memorial Post Office. Thank you to @USPS & the Chinatown community for your work in making this a reality. pic.twitter.com/o9UXvNmtah

“At a time when women were widely expected to spend a life in the home, Lee shattered one glass ceiling after another. From speaking out in the classroom to organizing Chinese American women to secure the right to vote, Lee’s bold vision for Chinatown is very much alive in our community today,” Velázquez said in a statement.

Tim Tseng, a former pastor who wrote his seminary dissertation on Mabel Lee in the early 1990s, expressed his delight ahead of the bill’s passing. “I’m glad this bill recognizes her,” he said.

Lee never married or had children. As a devout Baptist, she reportedly dedicated the rest of her life to the church and the Chinatown community until her death in 1966 at the age of 70.