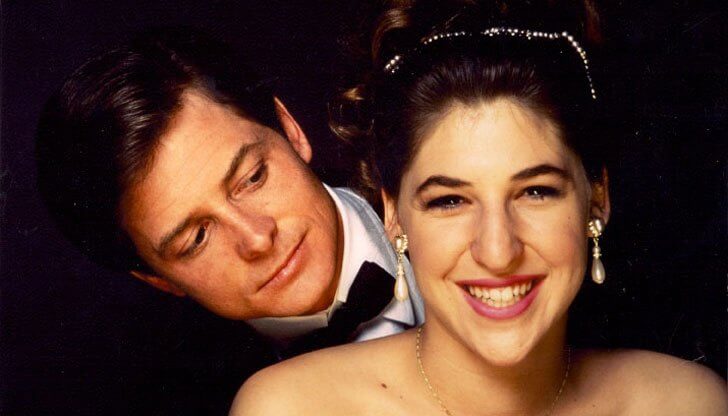 Mayim Hoya Bialik is best known for her lead role as Blossom Russo in the early-1990s NBC television sitcom “Blossom” and now appears regularly on the #1 comedy in America, CBS’ “The Big Bang Theory” playing neurobiologist Amy Farrah Fowler, a role for which she has received one Screen Actors Guild nomination and four Emmy nominations. In 2014, Mayim joined Peter Funt in the relaunch of the original hidden camera reality show, “Candid Camera,” which airs on TVLand.

Bialik was born in San Diego, California to first generation Jewish American parents, documentary filmmakers and teachers. She played the young Bette Midler in “Beaches” at age 12 and also has had guest roles on some of television’s most beloved shows of the 1980s and 1990s, such as “MacGyver,” “Webster,” “Facts of Life,” and “Murphy Brown.” She has appeared in Woody Allen’s “Don’t Drink the Water” in 1994, HBO’s “Fat Actress,” “The Secret Life of the American Teenager,”, and in several episodes of “Curb Your Enthusiasm.”

Bialik earned a BS from UCLA in 2000 in Neuroscience and Hebrew & Jewish Studies, and went on to the Ph.D. program in Neuroscience, also at UCLA. She completed her doctorate in the Fall of 2007, which examined the role of oxytocin and vasopressin in Obsessive-Compulsive Disorder in adolescents with Prader-Willi syndrome. Bialik was a dedicated student leader at UCLA Hillel, leading and starting a Women’s Rosh Chodesh group, chanting and blowing shofar for High Holiday services, and conducting and writing music for UCLA’s Jewish a cappella group.

She gave birth to her first son in 2005, and her second son (born at home, unassisted until pushing) in 2008. Bialik proudly breastfed her sons for a combined 6 1/2 years and is a Certified Lactation Educator Counselor, offering free counseling and lactation support to any woman who is referred to her. Her book about Attachment Parenting, Beyond the Sling, was published in March 2012 (Simon and Schuster). Her second book of vegan family-friendly recipes, Mayim’s Vegan Table, was published by Da Capo Press in February 2014.

Bialik speaks all over the world for a variety of Jewish organizations, charity organization, and colleges and Universities. She founded GrokNation.com in 2015 as a platform for her blogging on issues ranging from religious observance to liberal politics to maintaining modesty in Hollywood, and to just being a really normal imperfect mom trying to make everything run smoothly in a world out of her control.