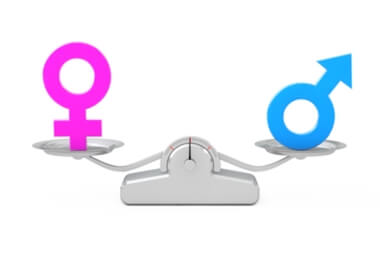 Of all the strategies that organisations can employ to ensure a gender-balanced workplace, executives say sponsorship (when a senior executive “sponsors” the development of another member of the team) is one of the most effective – both for promoting women to senior roles, and in terms of the speed with which it can effect change.

So it’s surprising how few employers practise it. CMI research recently found that only 23% (in a survey of 851 UK managers) actively sponsor women, despite the majority of male managers being in favour of a gender-balanced workplace.

At Sky, sponsorship is a critical component in a three-pronged strategy to increase the number of women in senior roles. As a result of Sky’s sponsorship programme, 30% of women sponsored have been promoted.

As well as sponsorship, here’s how three top UK companies are working towards a gender-balanced workforce:

PepsiCo: At PepsiCo UK Ian Ellington, general manager, describes himself as an “accidental role model” for workplace gender diversity, but behind his modesty is a “well established gender agenda”.

“We’ve made some reasonable progress – 40% of our management population now is female. We’ve reviewed the regulation, we’ve looked across our pay, we found we’ve got almost exact gender balance in our pay, which we actually were a little bit surprised to see,” says Ellington. In fact, it cost the company a mere £3,000 in adjusting two people’s pay to achieve gender pay equality – at a 4,500-employee company!

Nutmeg: At online investment firm Nutmeg, CEO Martin Stead has a female mentor and recommends this for other executives. His board, however, remains 100% male, something he says he is looking to change this year.

If TFL was to change the train drivers test to be more inclusive, Wild believes a lot more women could be welcomed aboard as drivers.

“Women are better drivers. We’ve only got 18% on tube trains. And if you statistically look at it, they’ve got a better safety record, better on time performance, and extraordinarily better customer service,” Wild says.

DISCRIMINATION: STILL WORK TO DO
Despite the determination of many organisations to improve gender balance (and some success), all the male executives who participated in a recent discussion for CMI’s ‘Men As Role Models’ event said that discrimination continues to exist.

“We’ve gone from that very, very explicit discrimination to much more implicit and unconscious discrimination,” says Mike Lewis, CEO of E.ON Climate & Renewables. “And men have to engage with it, if you’re to change it. That, for me, is the real challenge.”