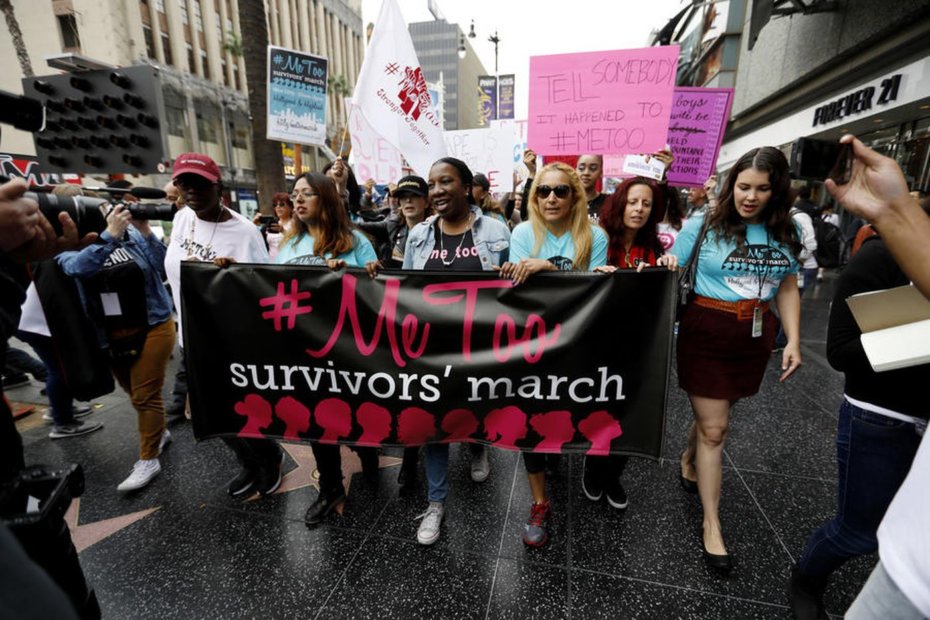 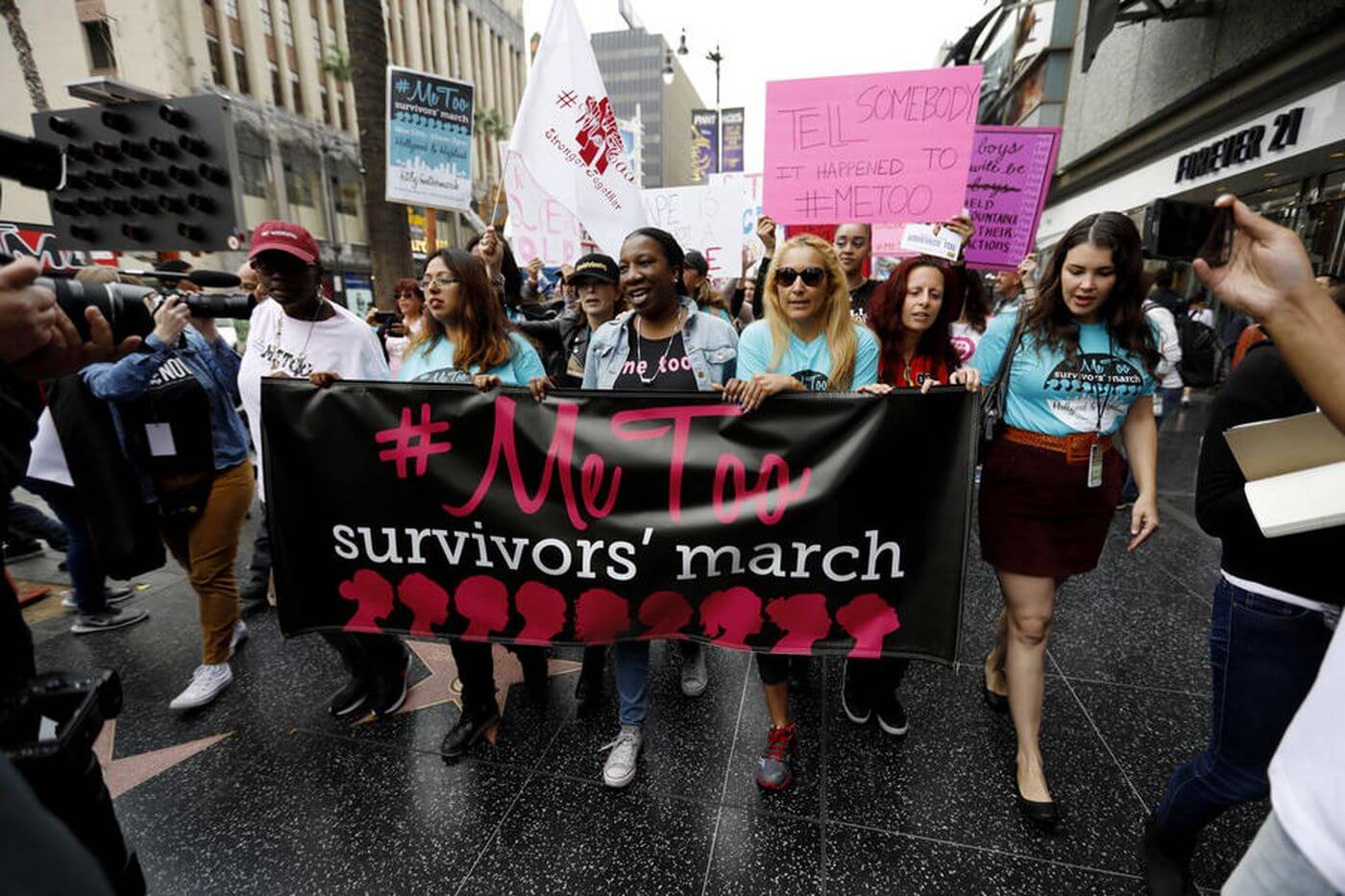 Sexual assault survivors along with their supporters at the #MeToo Survivors’ March on Hollywood Boulevard in Los Angeles on Nov. 12, 2017. (Gary Coronado / Los Angeles Times)

The #MeToo movement has now made its mark on California law, with Gov. Jerry Brown signing a number of bills Sunday that were introduced following an outpouring of attention to sexual harassment and misconduct.

Among the bills approved by Brown was a measure to prohibit settlement agreements that prevent the disclosure of facts related to sexual assault, sexual harassment or workplace discrimination.

Leyva’s bill will allow a complainant to request provisions in settlement agreements to shield his or her identity.

Business groups oppose the measure, arguing that confidentiality in such agreements could be necessary. In a letter to Brown requesting a veto, a coalition of business groups wrote, “by potentially eliminating confidentiality, SB 820 exposes employers to a public presumption of guilt even though the decision to settle was not based upon merit at all. To avoid this public image of guilt, SB 820 will drive employers to fight these cases in court instead of resulting in an early resolution.”

Brown also approved SB 1300 by Sen. Hannah-Beth Jackson (D-Santa Barbara), which will expand anti-harassment provisions in state law, including limiting the use of nondisparagement agreements that prevent employees from speaking publicly about incidents in the workplace.

The bill also will made clear to judges that a single incidence of harassment could be sufficient to satisfy the “severe and pervasive” legal standard of sexual harassment if it severely affects the employee’s work performance or creates a hostile work environment.

Responding to pushback from business groups, Jackson significantly narrowed her bill — instead of requiring employers to train workers on how to act if they are bystanders to sexual harassment, for example, the measure simply allows such training.

The California Chamber of Commerce removed it’s “job killer” label from the bill but remained opposed, arguing its provisions “will significantly increase litigation against California employers and limit their ability to invest in their workforce.”