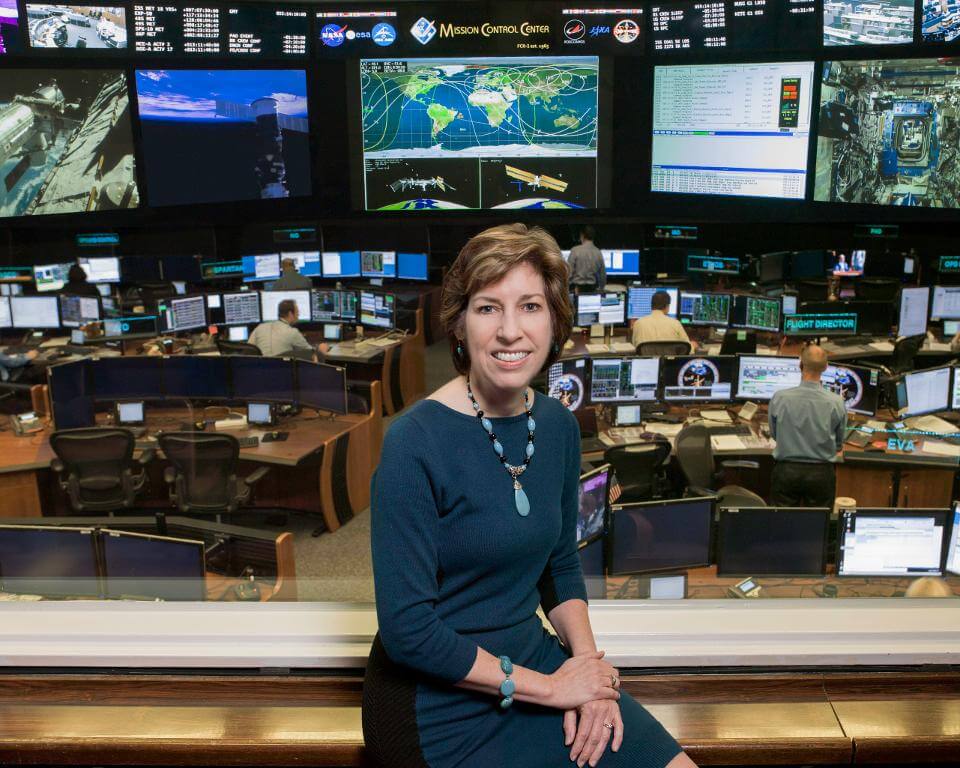 Ellen Ochoa at Mission Control when she was Director of Johnson Space Center.
NASA

In 1993, Ellen Ochoa became the first Latina to travel to space after a career in STEM that built up to that moment and yet one of her top career lessons comes from a different part of her life.

“From my Marine friends, I learned to keep focus on two things: (1) accomplish the mission and (2) take care of your people,” shares Ochoa. “If you do #2 well, then your team will take of #1.”

Keeping this advice in mind has helped inform Ochoa’s leadership style whether she was a research engineer at Ames Research Center, an astronaut at Johnson Space Center, or when she became the 11th director (and first Latina) to lead Johnson Space Center. Now, she will be celebrated by the Congressional Hispanic Caucus Institute during their Hispanic Heritage Month celebrations.

“It’s a wonderful, unexpected honor, particularly when considering past honorees,” shares Ochoa. “I’m grateful to CHCI for the award and especially to them and their supporters for the mission of training emerging Latino/a leaders.”

As she thinks back on the things that helped her when exploring a career in STEM, particularly during a time when diversity was less present, Ochoa credits professors who mentored her and helped her visualize the future she wanted for herself and encourages Latinas at the start of their careers to do the same.

“At the time, I didn’t know about organizations like the Society of Hispanic Professional Engineers or Women in Science and Engineering,” explains Ochoa. “The student chapters of these and similar organizations are a great place to form a community and get both academic and career advice.”

Below Ochoa shares her initial inspiration to pursue a STEM career, how she deals with impostor syndrome, and what advice she has for Latinas starting their careers.

Vivian Nunez: What inspired you to pursue a STEM career?

Ellen Ochoa: I got interested in Physics through my math classes. As I was finishing the college calculus series, I wanted to understand where this math was used and went to talk with a physics professor who pointed out that math was the language of physics. Maybe that seems obvious but I had never thought of it that way before. He also pointed out different types of careers that physics was used in, which was very helpful. (I also went to talk with an electrical engineering professor who discouraged me from entering his department — so thanks to the physics professor who welcomed me!)

Nunez: How has your own Latinidad inspired the trajectory of your career?

Ochoa: I’ve had so many wonderful opportunities to speak at schools or for student groups with high Hispanic enrollment. I know from my own experience that seeing someone else who has things in common with you achieve something amazing can inspire you to set your own high goals, and I hope that’s what I’ve been able to do for others.

Nunez: Have you ever dealt with impostor syndrome?

Ochoa: I’ve sometimes doubted whether I would do well in a particular class or job — the only way I knew how to deal with that was just to work hard and try to do the best that I could. Fortunately, that’s a strategy that has worked well for me!

Nunez: What advice do you have for Latinas who want to pursue a career in STEM? How would you encourage someone who is the first (or one of the few) in their fields?

Ochoa: While there may be extra attention on you, the actual job/career is no different. Focus on understanding what success looks like, working hard, delivering results, and being the best team member that you can be.