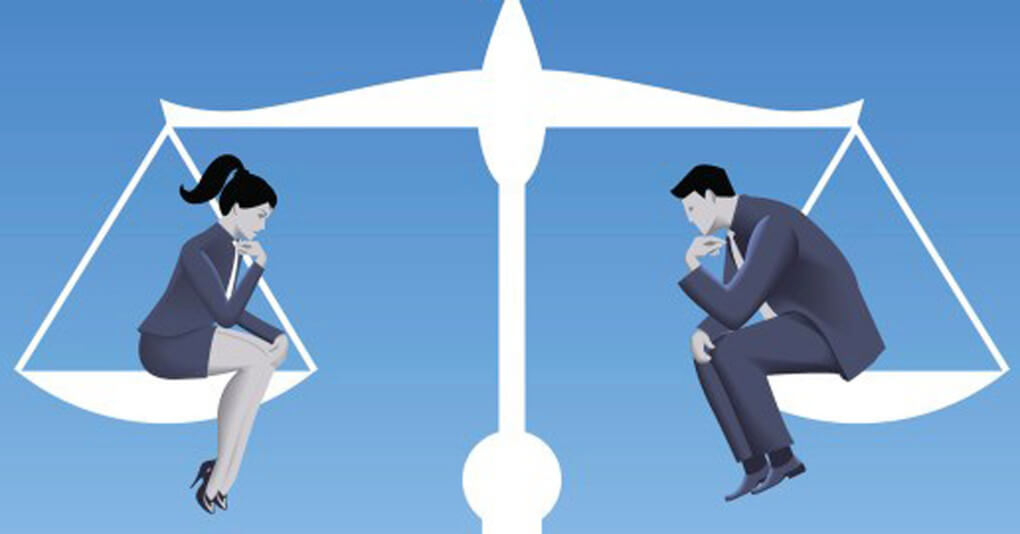 Previous salary? A bill in Sacramento to outlaw that question is getting bipartisan support. Salary history information is widely viewed as one reason why women still make 79 cents for every buck a man makes more than 50 years after the practice was outlawed nationally. (Photo by Thinkstock)

A landmark new law designed to narrow the gender pay gap in the nation’s most populous state bars California employers from inquiring about applicants’ previous salaries and benefits.

The salary privacy bill, was enacted by Gov. Jerry Brown on Thursday, Oct. 12, at a celebratory signing ceremony at Women’s Empowerment, a Sacramento nonprofit for homeless women. He was surrounded by members of the California Legislative Women’s Caucus.

The measure is part of a caucus-backed package of bills “paving the way for a better, more inclusive, healthier California,” Brown said.

“Women will no longer be asked about their prior salaries,” said Assemblywoman Cristina Garcia (D-Bell Gardens), the caucus chair, told the gathering. “What some people think is a simple question has been a barrier to equal pay.”

The new law applies to both men and women. But it is mainly aimed at countering discrimination which can follow women from job to job.

The strategy is gaining strength across the country. California is the fourth state — after Massachusetts, Oregon and Delaware — to stop employers from asking the questions.

The bill, AB 168 “gives women the power to determine for themselves where they start negotiating,” said principal author Susan Talamantes Eggman (D-Stockton). “Women negotiating a salary shouldn’t have to wrestle an entire history of wage disparity.”

“Wage inequality that has spanned generations of women in the workforce,” she said, adding that the law will “ensure that my 9-year-old daughter, and all women, can be confident that their pay will be based on their abilities and not their gender.”

Under the new statute, applicants are free to volunteer information on prior pay and benefits, and if they do, employers may consider previous compensation in their offers. The law also requires employers to provide applicants, upon request, with a salary range for the jobs they seek.

In 2016, California women who were full-time wage and salary workers had median weekly earnings of $814 or 88 percent of the $925 earnings of their male counterparts, the U.S. Bureau of Labor Statistics reported last month. That’s down from 90.2 percent in 2005.

Powerful groups opposed the salary measure. The Chamber of Commerce, a force in Sacramento, gathered a broad coalition to lobby against it, including trade associations of builders, farmers, grocers, hotels, insurers, restaurants and retailers, along with the California State Association of Counties, the League of California Cities and local chambers in Irvine and Riverside.

“All this bill simply does is reduce transparency and reduce information in terms of what employers need to make good hiring decisions,” Assemblyman Matthew Harper (R-Huntington Beach) told the Assembly during the May floor debate before a 57-15 vote of approval.

Brown had vetoed a similar bill in 2015, saying it would prevent employers “from obtaining relevant information with little evidence that this would assure more equitable wages.”

The governor did not state a reason for changing his mind to sign the bill this year, but a consensus has been growing that more measures are needed to ensure equity.

The 2015 legislation failed to garner a single GOP vote. This year’s bill was co-authored by two Republicans and passed the Assembly with 10 Republican votes.

Two years ago, Brown had signed the California Fair Pay Act, a sweeping law requiring employers to pay men and women equal salaries for “substantially similar” work. A subsequent measure made it illegal to base compensation solely on that worker’s past salary.

But equal pay advocates contended stronger laws preventing an employer from even asking about past salary are needed to “stop discrimination before it happens,” as Kate Nielson, state policy analyst for the American Association of University Women, put it.

Current state and federal statutes may outlaw discrimination, but a woman must often bring a lawsuit to seek enforcement—which many cannot afford to do. And attorneys often will not take contingency-fee cases unless a class action involving many plaintiffs is likely to yield a significant payout.