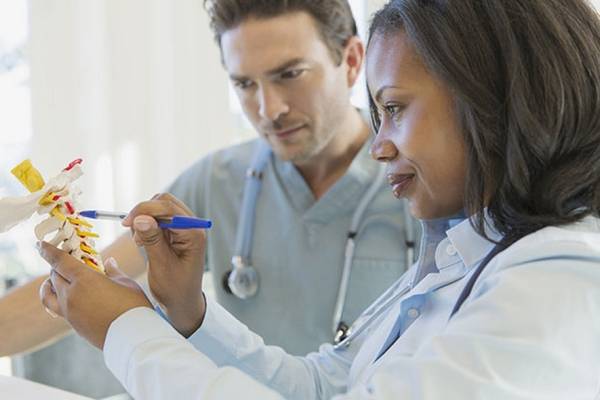 Ruth Brinkley, president and CEO of KentuckyOne Health, knew few women in executive leadership positions as she was rising through the ranks during her nearly 40-year healthcare career.

Like many senior women managers in the healthcare industry, one of Brinkley’s first major leadership positions was as chief nurse executive of University of Alabama Hospital in Birmingham. But unlike her female peers who often get stuck in that role, Brinkley continued to advance.

Several factors contributed to her success. Brinkley left the provider space for five years to work as a senior associate at APM/CSC Healthcare, a consulting firm. During that sojourn, she expanded her leadership skills beyond her clinical expertise.

Brinkley, one of Modern Healthcare’s Top 25 Women in Healthcare for 2017, also never feared taking on challenging assignments. She led the formation of KentuckyOne Health in 2012 with the merger of Jewish Hospital & St. Mary’s HealthCare and St. Joseph’s Health System, an experience she called “daunting.”

Since the beginning of her career, Brinkley said more women have joined the executive suite of healthcare companies. “But I don’t think it’s progressing as much as it needs to,” she said.

Indeed, Brinkley’s career remains somewhat of an anomaly. Women represent just 26% of hospital CEO positions despite holding 75% of healthcare jobs. At Fortune 500 companies in healthcare, women make up merely 21% of executive roles and 21% of board members.

This inequality at the C-suite level has gotten the attention of those healthcare organizations that are striving to improve the diversity of their leadership teams. Their efforts are helping women advance further along in their careers. But societal stereotypes and cultural norms continue to remain stubborn barriers standing in the way of faster progress, experts say.

“Women perceive that their gender creates a disadvantage,” said Celia Huber, a senior partner at consultancy McKinsey & Co. “They don’t see role models at the next level up, so they are intuiting that they are less likely to have an equal shot.”

Increasingly, healthcare organizations have recognized that a diverse executive team leads to better performance and improved outcomes because innovative ideas are brought to the table. Yet, women are often passed up for leadership roles despite the fact that they dominate the healthcare industry for entry level and lower management positions.

Overall, about 60% of healthcare managers are female, according to a 2016 study by McKinsey. But their representation declines sharply when looking at senior leadership roles. The McKinsey study found women make up about 50% of senior management positions, 36% for vice president roles and 32% for senior vice president roles.

“We’ve got a great amount of (female) talent in healthcare as an industry, but they are getting stuck in senior management roles and not moving up,” Huber said.

Oftentimes, women remove themselves from consideration for more senior-level positions because they don’t think they have the necessary qualifications, Huber said. More frequently they are simply passed over for promotions. “When a promotion is available, it’s important to think about what woman could fill that role up, and that doesn’t happen nearly as often as it should,” Huber said.

The lack of consideration given to women contradicts claims by an increasing number of healthcare leaders that gender diversity is priority at their organization. “There has been a lot of recognition that diversity is strategically beneficial,” said Christy Lemak, chair of health services administration for the University of Alabama at Birmingham, who has studied women leaders in healthcare.

Although healthcare organizations recognize it’s important, societal stereotypes hamper progress. “Just like there is implicit bias about race, there is a bias that says, ‘Oh, she has been really busy having those babies, she doesn’t really have the interest in being the CEO,’ ” Lemak said.

Brinkley said this bias can be unintentional. People subconsciously hire people who look like them. “If you’re not accustomed to working around a female, she may be a harder sell … and sometimes women hit a glass ceiling because of that,” she said.

The roadblocks sometimes start at home. Women still carry the brunt of caregiving responsibilities for children and elderly parents. This can prevent them from advancing to senior leadership roles, said Nancy Howell Agee, president and CEO of Carilion Clinic in Virginia since 2011 and one of Modern Healthcare’s Top 25 Women in Healthcare for 2017. Agee last year was also named chair-elect designate of the American Hospital Association.

Agee said she recently spoke with women concerned that they won’t ever be able to advance to the C-suite because of their home-life responsibilities. “I think that stereotypical female role is prevalent … and that can be disruptive to a career,” she said.

Some healthcare organizations have launched programs to foster the advancement of more female executives to senior leadership positions and the C-suite. Last April, executive leaders at Charlotte, N.C.-based Carolinas HealthCare System selected 14 women in management positions at the system to be part of its Women’s Executive Development program. The women, mostly vice presidents and assistant vice presidents, were chosen based on their performance.

As part of the yearlong program, the women attended monthly meetings and workshops that teach the leadership skills they need for advancement. Carolinas hired a leadership consulting firm, Flynn Heath Holt, to create the sessions. The meetings and workshops focused on skills such as building a professional brand, public speaking and presentation techniques, and sharing feedback.

The program also provided participants with a sponsor who advocates on their behalf for any promotional opportunities. The sponsors are men who hold both clinical and nonclinical leadership roles at Carolinas.

Since the program launched, three women have been promoted. Carolinas plans to bring 14 more women into the program this April. “We really framed this program in a positive way,” said Rebecca Schmale, vice president of learning and organizational development at Carolinas. “In order to make change, we couldn’t just keep having conversations.”

Physician staffing giant TeamHealth also recently launched an initiative to foster more female executive leaders by focusing on mentorship and networking. A team of 15 administrative and clinical leaders at TeamHealth mentor 23 women across the company to help them advance in their careers.

TeamHealth also created a private Facebook page where female employees can connect. The women ask for advice on career opportunities, share issues with work and family, and promote open leadership positions at the company.

“It’s an opportunity to celebrate one another,” said Barbara Blevins, the company’s president of integrated operations. “I think sometimes women have a tendency to tear each other down.”

Building a strong professional network of colleagues and mentors is essential to advance to leadership positions, said Sarah Krevans, president and CEO of Sacramento, Calif.-based Sutter Health since January 2016 and also one of Modern Healthcare’s Top 25 Women in Healthcare. “Listen to their ideas and learn from them.”

TeamHealth has also made it a standard to interview at least one woman for every new leadership position at the organization. Since the program launched last year, the number of women hired as an assistant medical director has risen from 51 to 63. The number of nonclinical women leaders has increased from 94 to 110. In total, TeamHealth has about 25,000 employees.

“We should always put the most talented, experienced person in a leadership role,” Blevins said. “But sometimes you have to do things that will force you to think about who else could be considered for that spot.”

There is a lot of management talent throughout healthcare’s ranks, making competition for senior leadership roles fierce, Agee at Carilion said. This means that in order for women to have a seat at the executive table, they need to venture out and speak up.

Agee has sat on boards of various not-for-profit organizations. She said it was through those experiences she expanded her leadership skills. “My advice is raise your hand and say, ‘I can make a difference,’ ” she said.