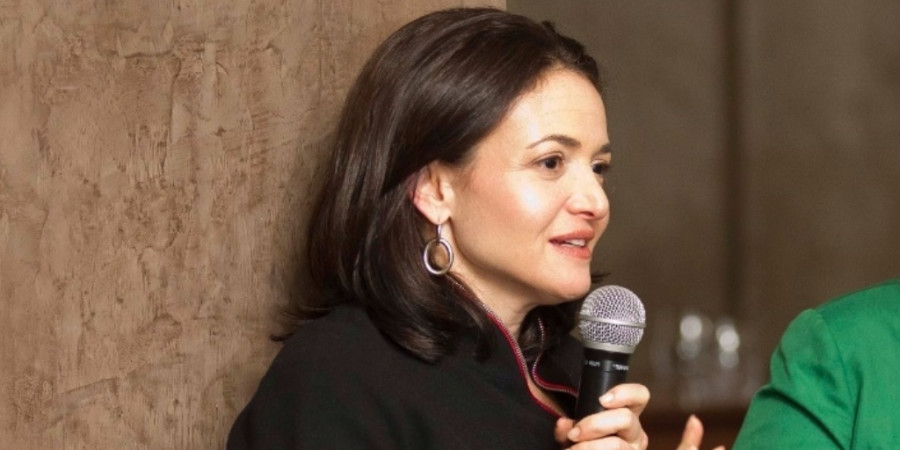 Every time Sheryl Sandberg speaks at an event, she makes us want to stand up and cheer. She consistently raises awareness for women in the workplace and challenges the world to do better.

In a recent interview with LinkedIn co-founder Reid Hoffman, Sandberg pinpoints a subtle way women are held back at work: by not being involved in out-of-work events. Men sometimes feel uncomfortable spending time one-on-one with women they work with and avoid dinners, golf outings and other outside-of-work events with them as a result. This eliminates crucial networking opportunities for women at work.

Fortunately, Sandberg has a solution. Referencing a connection from Goldman Sachs, Sandberg recalls that “he realized he was totally comfortable having dinners with men, but not women. So he decided — no dinners.”

Being aware of the ripple effects of your own networking decisions is important, but taking the initiative to change those bad habits is even more so. “You may decide — all the travel, all the dinners, no travel, no dinners,” Sandberg said. “But whatever you decide, make it explicit and make it equal.”

“It didn’t occur to me that to thrive professionally, I needed to do anything more than be a dedicated employee who did great work,” Jill Filipovic wrote for Cosmopolitan. “It was clear their informal social outings strengthened this personal and professional bond, and gave these younger men a leg up in their careers.”

There’s a lot of data about why networking is important, and it’s been repeated time and time again: new positions are filled by personal contacts before they’re posted online. Business partners meet through mutual friends. That pitch you’ve been crafting for a year can land in front of your dream VC firm thanks to the right introduction.

But none of that happens if men don’t spend one-on-one time with women.

“A huge percentage of men are literally afraid to be seen one-on-one alone with a woman,” Sandberg said. “Where do you think the mentoring happens?” At the very least, we know the results of when it doesn’t happen: a lack of equal pay and absence of corporate female leadership.

“It took some years and some distance to reflect on how these systematic disadvantages privilege men’s careers and hurt women’s,” Filipovic wrote. “Even if no one is intentionally trying to screw women over.”

Regardless of your gender identity, there are steps you can take to make sure you’re prioritizing inclusivity when looking at mentorship opportunities. When you’re planning your next networking coffee date, here are some questions you should ask yourself:

“Is this an activity I can do with everyone?” Whether it’s lunch, a networking event or something else altogether, make sure that the activity you’re doing is something you can replicate with all of your employees/colleagues. If you realize it’s not, do something different instead.
“Who haven’t I spent time with yet — and why?” When scrolling through your contacts, is there a name you always gloss over? Take a few minutes to understand why that is, and determine what steps you should take to fix it.
“What can I do to be better?” Asking yourself this question is always a good idea, but it never hurts to ask your co-workers this as well. Getting feedback from the person on the other side of the table will help you improve your perspective. Who knows — your mentee might mention something you’ve never even thought of!