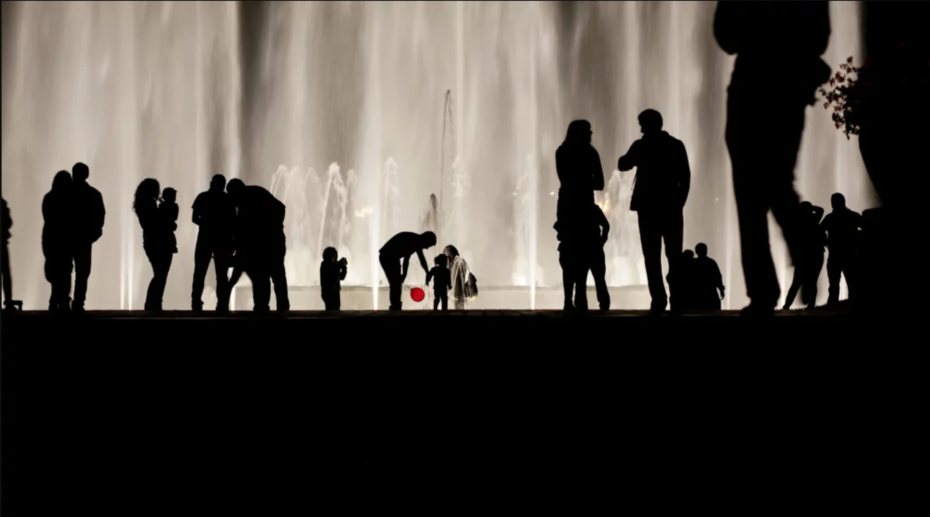 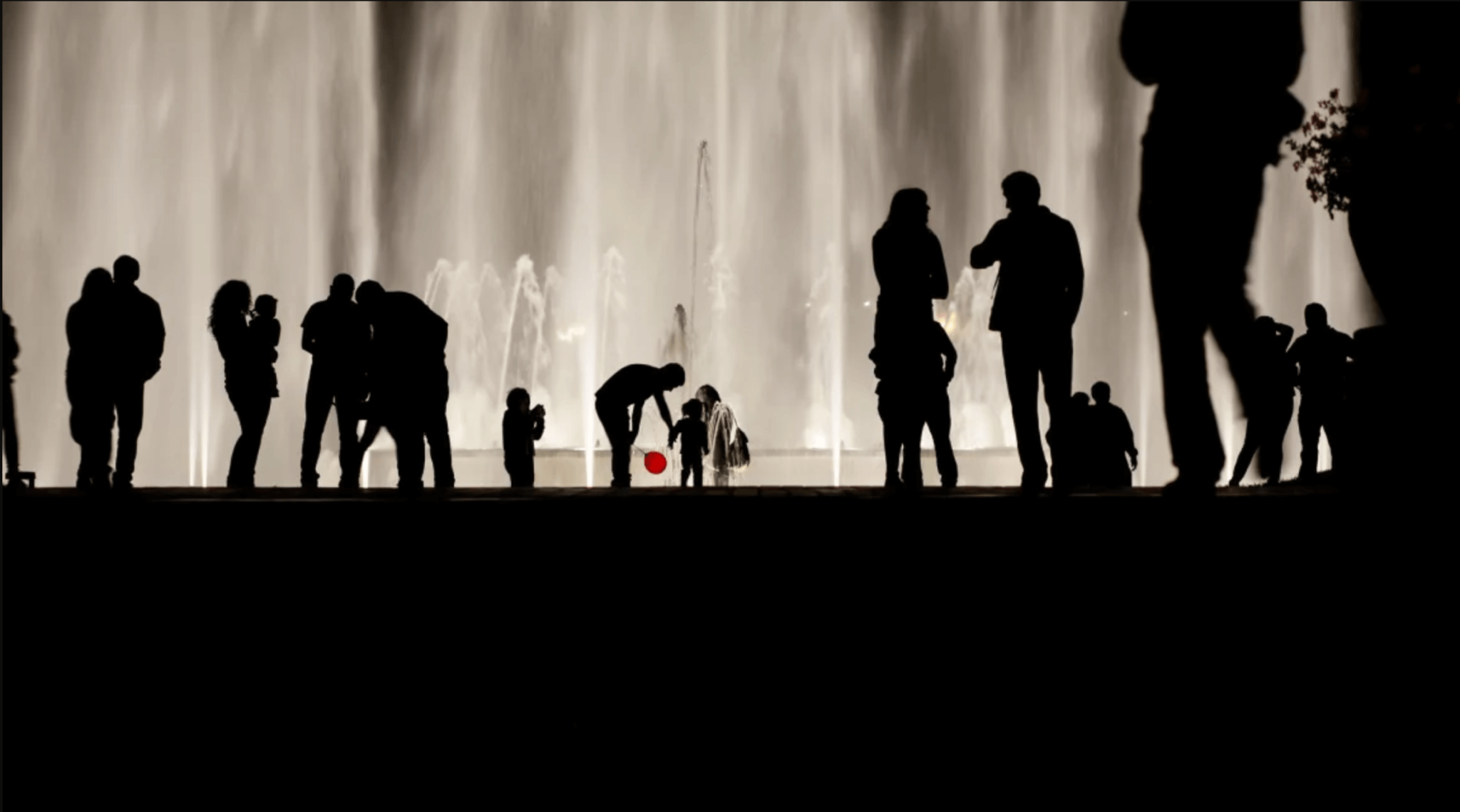 A 15-year study in the U.S. found men get a “daddy bonus.” Men’s salaries increase 6% for every child they have, while women working full-time see a 4% decrease in their salaries for every child. Men often work more hours after having children, while women tend to shift to jobs with more flexibility and shorter days, but men pay a price for those extra hours.

Men experience work-family conflict at similar rates to women, according to “The New Dad: A Work (and Life) in Progress,” the latest report from Boston College Center for Work & Family. BCCWF’s executive director Brad Harrington explains:

“Fathers are not an equal part of the broader work+life fit conversation. These fathers are clearly searching for new definitions of what it means to be a good father and a good man; however, they have no outlets to explore these questions. In fact, many of the participants thanked the researchers for asking them about their experiences of becoming a father, because it was the first time anyone had asked them to reflect on it.”

The media has taken note of prominent CEOs and athletes who are putting family first. Database giant MongoDB CEO Max Schireson stepped down citing his desire to spend more time with family. The business community was skeptical of his motives, but the board kept him on as vice chairman; he wasn’t pushed out. Schireson himself pointed out:

“Earlier this summer, Matt Lauer asked Mary Barra, the CEO of GM, whether she could balance the demands of being a mom and being a CEO. The Atlantic asked similar questions of PepsiCo’s female CEO Indra Nooyi. As a male CEO, I have been asked what kind of car I drive and what type of music I like, but never how I balance the demands of being both a dad and a CEO. While the press haven’t asked me, it is a question that I often ask myself.”

The battle is worth it. A new academic study finds that men who take paternity leave are more likely to be involved in child-care activities later on, and that their kids do better on some cognitive ability tests.

2. MEN WANT THE OPTION TO BE A STAY-AT-HOME PARENT
In the U.S. stay-at home dads have doubled in the last decade. It’s often driven by simple economics.

Marielle Jan de Beur, an executive in Wells Fargo’s research department, and her architect husband Jim Langley told The New York Times it made sense for him to give up an architectural career because he had half of his wife’s earning potential. While some fathers tell white lies about what they are doing, saying they are retired or are consultants, Mr. Langley generally goes with “stay-at-home dad.”

A recent European Commission report found that two-wage-earner couples “lost ground” during the economic downturn in favor of female breadwinners, who increased their share to almost 10%.

But stay-at-home dad’s often lack a network of support. As an article in The Economist noted, while women in the U.K. have popular parenting websites like Netmums or Mumsnet, men are left with the subdued Dadsnet, a website that described itself as Mumsnet “with fewer members, less radical feminism, and more testicles.” In the U.S. the National At-Home Dad Network, with over 70 chapters, has sprung up to fill men’s need for community.

3. MEN WANT A BETTER FUTURE FOR THEIR DAUGHTERS
Whether or not dad stays at home, his role there is changing. Lean In author Sheryl Sandberg and Sharon Meers’ Getting to 50/50 promised men benefits when they did traditional “women’s work” at home. Turns out there are more rewards than better sex. Their daughters are more likely to consider broader career goals, a new study from the Association for Physiological Science reports.

Even when fathers publicly endorsed gender equality, if they retained a traditional division of labor at home, their daughters were more likely to envision themselves in traditionally female-dominant jobs, such as nurse, teacher, librarian, or stay-at-home-mom.

The inevitable question is, “do you want your daughter working for a company that has lower expectations for her?”

The answer for many CEOs is no. Male CEOs with firstborn daughters actually pay their employees more and give female employees the biggest raises.

Numerous studies indicate men with daughters are more supportive of gender equity. Even judges with daughters were 16% more likely to decide cases in favor of women’s rights.

4. MEN SEE VALUE IN CHANGING WHAT IT MEANS TO BE MEN
Kathleen Gerson noted in her book The Unfinished Revolution:

Men are deeply wired for emotional connections to children, just like women. When fathers hold and play with their children, oxytocin and prolactin levels–the same hormones released when women nurse their babies–increase, priming them for bonding.

Given the right policy framework more men around the world are taking on the role of caregivers to their children. More than 50 countries offer paid paternity leave. Men begin to take that leave when economic benefits outweigh the negative conversation about manhood.

After Sweden reorganized their family leave policy to include a nontransferable portion for men to use before their children turned eight, father’s taking leave rose to 80%. In Norway, the odds are about equal that prospective employees, male or female, will take family leave at some time in their career. More than 90% of men who are fathers take at least six weeks of paid leave.

Until very recently, TV, advertising, and other media depicted dads almost exclusively as incompetent or as big kids themselves. A generation of dads got a pass from popular culture to make less effort, and women implicitly believed they needed to be responsible for everything.

Advertisers have recognized the shift to competent dad. Coveted Super Bowl spots featured the new dad. There was the sexy race-car dad, often absent, who makes it all up to his high school son with a hug. And the involved dad who sheds a tear as he watches his daughter go off to war from the driver’s seat of his Toyota. These are not the dad’s portrayed in our youth.

Evidence is piling up that as men do more of the caregiving, violence against women falls. Delinquency declines. The health, happiness, and well-being of men, children, and women improve. Couples report better sex lives. Women’s income increases. And battles between the sexes diminish. There is clearly something in the gender conversation for men.

—Robin Terrell is cofounder and managing partner of GenderAllies, created in response to a decade of stalled efforts in increasing the number of women in leadership. Robin cofounded an inventive collaborative, the Bay Area Inclusion Roundtable, a community of leaders and champions from leading Bay Area companies that has elevated the dialogue of inclusion.