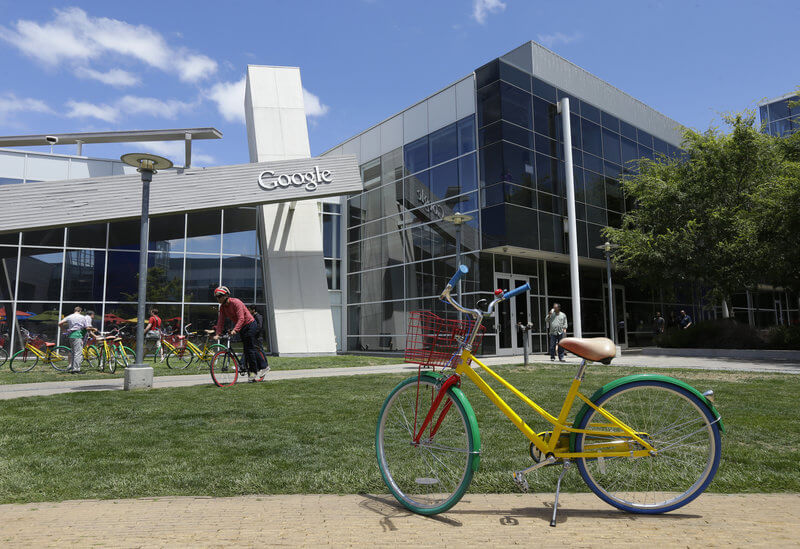 “The lawsuit appears to be the first to make class action sex bias claims against Google,” according to Reuters.
Ben Margot/AP

These are the allegations in a lawsuit against Google filed Thursday in San Francisco on behalf of three female former employees.

They’re seeking class-action status to sue on behalf of all women employed by Google in California over the past four years. “The lawsuit appears to be the first to make class action sex bias claims against Google,” according to Reuters.

“While Google has been an industry-leading tech innovator, its treatment of female employees has not entered the 21st century. This case seeks to ensure fairness for women at Google,” said Kelly Dermody, an attorney for the plaintiffs.

The Labor Department is currently investigating Google over accusations that it pays women less. As The Two-Way reported in April, “just three days after Google announced that it had ‘closed the gender pay gap globally’ on Equal Pay Day, a Department of Labor official testified in federal court that there is ‘systemic’ discrimination against women at Google.”

Gina Scigliano, a Google spokesperson, said in a statement to NPR that “we disagree with the central allegations” in the lawsuit. She added that “job levels and promotions are determined through rigorous hiring and promotion committees, and must pass multiple levels of review, including checks to make sure there is no gender bias in these decisions.”

Despite “excellent performance reviews,” Google allegedly denied Ellis’ first promotion request, the complaint states. “Ms. Ellis eventually obtained the higher-paying Level 4 designation that was handed to her male counterparts on their first day on the job — but by that time, her male counterparts were on their way to even higher levels and compensation for similar work, ensuring that she could never catch up on the gender pay gap.”


The plaintiffs are seeking the wages they say they are owed under California labor law, interest on those wages at a rate of 10 percent annually, and other damages and penalties.

The complaint stresses that Google knew — or should have known — about the pay differences between its male and female employees. The difference in compensation “has been and is willful,” the plaintiffs allege.

“I have come forward to correct a pervasive problem of gender bias at Google,” Ellis said in a statement. “It is time to stop ignoring these issues in tech.”

The Labor Department said it found pay disparities during a compliance review it launched in 2015. As Reuters reported, “the department last month appealed an administrative judge’s July decision that rejected its request for contact information for more than 20,000 Google employees.”

As NPR’s Aarti Shahani has noted, Google’s track record on diversity is poor:

“Google has thrown money at the diversity problem — more than a quarter-billion dollars, according to Axios. But this company, which values metrics so much, has not publicly stated any measurable goals when it comes to diversity hiring or employee retention.

“In its latest diversity report, Google said 31 percent of its employees are women and that women represent 20 percent of the company’s tech workers, up from 17 percent three years ago.

“But Google hasn’t disclosed the numbers of new hires or of exits, by gender and race. And the company has little to show for its efforts thus far.”