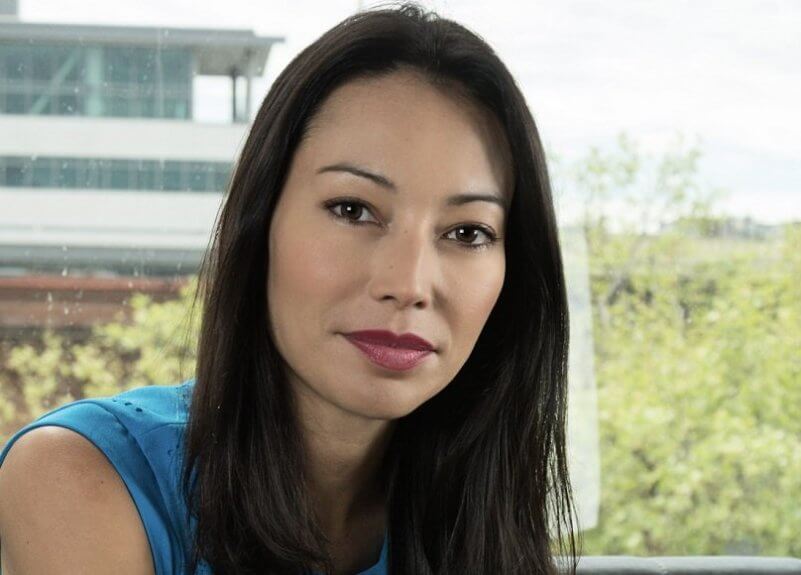 SAN FRANCISCO — The way Girls in Tech founder Adriana Gascoigne sees it, revelations about sexual harassment in Silicon Valley technology firms are a double-edged sword: they shine a light on a serious problem, but depict an environment that can deter women from careers in tech.

Gascoigne, who says she has suffered harassment many times during her career, founded Girls in Tech in 2007 when she was the sole woman in a technology firm. The San Francisco non-profit, dedicated to empowering women and girls interested in technology and getting them into tech jobs, now has 60 chapters in 36 countries, with more than 60,000 members.

To some extent, the gender problem is self-perpetuating.

“If you don’t have role models that are technical women in high level positions,” Gascoigne said, “it’s really hard for the younger generation of women that are five to 10 years out of college to really grasp the opportunity or the ability to get there. You can’t be what you can’t see.”

This news organization spoke recently with Gascoigne about Girls in Tech and her experiences in the technology industry, where she has held a variety of positions in marketing and business development. Her comments have been edited for length and clarity.

Q: Did you experience gender discrimination in the tech industry in your career?
A: Four times where I was really worried, preoccupied, afraid for my safety, couldn’t focus on my job, didn’t know what to do. Many times with comments. There was a lot of confusion in my head on what I should do and how it would affect not only my current job but my entire career. A lot of times I wouldn’t say anything. I didn’t want to be seen as “weak” … or that I’m complaining or a tattle-tail. I spoke up about two of the incidents and there were formal apologies written, but we’re in California, it could’ve been a lot worse.

One of them was a very inappropriate email that was written the first week I was working in a company, sexual innuendos. One was clear sexual harassment and that was at a larger company. It was somebody I worked very closely with so I was also fearful that that person wouldn’t like me if I said something, or I would get fired, or I wouldn’t get another job. So I didn’t say anything till later. Some more sort of aggressive situations, where people in sort of a bro-ey culture throw things around the office — someone threw a fairly large-sized water bottle at my head. Just general language that I felt was inappropriate and condescending or belittling to our gender: comments on what I was wearing or how I looked. I sort of heard it all.

I have really thick skin now but I don’t let anyone get away with anything. When you’re younger you don’t expect that. You’re caught like a deer in the headlights without knowing what to do. If the leadership allows this to happen and just brushes these issues under the rug then everyone in the company will think it’s OK. And then it trickles down.

Q: What’s changed on gender in the technology industry since you founded Girls in Tech?

There are a lot of high tech companies and even some mid-stage startups that are really focusing on diversity and inclusion. A lot of companies (provide) opportunities for mothers to come back into their workforce. They have more flexible work environments for people who want to start families. There are also new policies and guidelines being initiated for compensation parity to make sure women receive equal pay for the same job. I often see more younger women, like at the university level, really thinking about entrepreneurship. More and more and more female VCs are actually starting their own firms and speaking out as role models.

Q: The percentage of women in major technology firms seems to hover around 30 percent — why?

A: We’re impacted by negative press around what’s happening at some of these tech companies. A sexual harassment lawsuit at Uber, there were a couple of issues at Tesla, the incident that happened at GitHub a few years back. I’m happy they’re coming to the forefront (but) the messaging is creating more fear than empowerment in a lot of the woman that are interested in potentially coming into the startup or high tech workforce. I still think women should speak out and share what’s happening. Things won’t change if people don’t share their stories. There’s a decrease of women graduating with computer science degrees in the United States. You also see alienation and isolation if you’re one of two or three women in your computer science class. You’re coding on your own.

A: There’s women not negotiating when they need to (on) pay, benefits, equity — across the board on the negotiating table you see men really achieving greater levels of success in terms of getting what they want in salary and benefits and equity and women getting less, for doing the exact same job. It’s also the companies’ fault: companies need to make sure that men and women get paid exactly the same for doing the same job. It shouldn’t matter if the people are good negotiators.

Five things about Adriana Gascoigne:
1. I’m an avid salsa dancer and have been dancing since I was a kid.
2. When I was a kid I was an illustrator, artist, oil paints and watercolors. I actually thought I was going to do something in art later in life. I just do it for fun now.
3. I’m an avid traveler. Probably between 80 and 90 countries.
4. I’m Mexican, Japanese and Basque – I’m quite the mutt with three different ethnicities that are quite different from each other.
5. I am writing a book. It’s on startups trials and tribulations and really focusing on highlighting female founders.