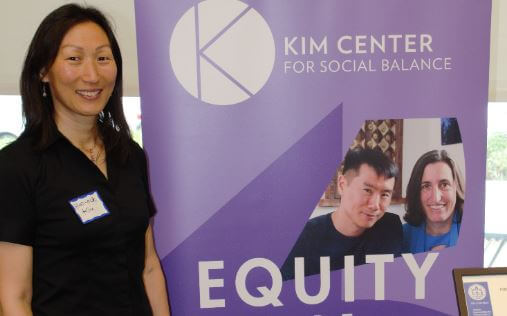 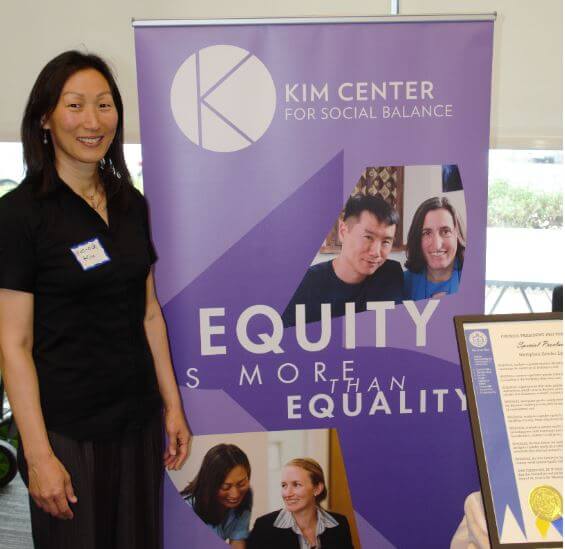 Speaker 5: 17:08 You’re listening to KPBS midday edition. I’m Jade Hindman with Maureen Kavanaugh. As we approach women’s equal pay day. We want to look at where we are in terms of closing the gender pay gap. This year women’s payday is March 24th, and that day is symbolic of how far into the new year a woman has to work, to make what a man did the previous year for every dollar. A man makes women make just 83 cents. And that wage gap is even greater for most women of color across the country here in San Diego, a recent pay equity study of the city’s workforce reveals women make about 18% less than men and people of color earn about 21% less than whites. So how can we close the gap? Joining me is [Hei-ock] Kim executive director of the Kim center for social balance. [Hei-ock] welcome.

Speaker 5: 18:01 So does the pay gap among the city of San Diego’s workforce mirror the gap across California and how does that stack up to the pay gap across the country?

Speaker 7: 18:11 Well, that’s a very good question. And it’s actually a complicated answer because there’s so many factors that go into it that the pay gap is a multi faceted thing. There are studies, there are multiple studies. So if, if you look at a study that says that, um, they control for job title, you know, geographical location, et cetera, you might see that the pay gap is 2 cents on the dollar, which is, you know, still not acceptable [any] pay gap is a pay gap. But if you consider, uh, certain reports that talk about the difference, when you consider women who work part-time and part year lower paying positions, uh, women of color, as you, as you mentioned, the pay gap can be as big as, you know, 60 or 50 or 60 cents on the dollar.

Speaker 7: 19:14 It’s pretty significant. And a lot of the reason is because of what kinds of positions women of color tend to hold. And when I say tend to hold, I don’t mean to say that this is by choice. It is really important to understand that in a lot of cases, discrimination and bias, and it really doesn’t matter whether it’s unconscious bias or conscious bias, because the impacts are the same. Uh, these are factors in, in, in the ability of women of color to access the pipeline. And that compounds the issue when you’re actually dealing with overt bias in terms of pay, there are situations where, uh, women are not getting equal pay for equal work, which is a big benchmark, but if women of color are not being promoted by their supervisors, you know, sponsored by their supervisors, uh, to decision-makers in terms of getting into higher positions are being discouraged from entering higher paying industries. Then we have a problem that is, is systemic, um, and goes way beyond just the pay itself.

Speaker 5: 20:35 You know, what recommendations would you make to the city as it looks for strategies for narrowing that wage gap?

Speaker 7: 20:42 One of the most important things is to understand the actual impact of bias and how it plays out. And the only real way you’re going to be able to figure that out is by talking to your employees. So when you talk about pay, you’re talking about numbers, which tends to be two dimensional data. They, they pulled up a lot of really important things like looking at the trends of parents compared to their earnings, and I believe possibly their promotion levels. And that’s, that’s a really telling data point, but then you really need to go to the qualitative side, which by the way, can be quantified. Uh, we at the Kim center do this. This is our assessment tool. Um, and it is really important to understand, uh, what are the experiences of women of color. For example, when they’re trying to get into the pipeline and move their way through the pipeline, do they have the [supervisial] support that they need?

Speaker 7: 21:42 Do they feel that gender, all genders are treated equally, uh, within their organization is their allyship from men? So one, one key comparison point that we look at is how do white men feel about the gendered environment compared to women compared to women of color? The differences are very, can be very significant when you’re talking about black women versus East Asian women versus Latinas versus native American women. And you cannot apply the same solutions to everybody. For example, when you’re talking about childcare, uh, there’s very clear evidence that childcare support in the form of onsite daycare or childcare vouchers, benefits, women of color, Latinas, black women in very different ways from white women who tend not to take advantage of those types of situations. So the there’s a tendency to think that a one size fits all women approach is kind of a, you know, one and done let’s, let’s just do this and we’ve done everything we can, but it’s absolutely not true. So understanding women at the different, uh, the different intersections of marginalization is very key.

Speaker 5: 23:06 So in short, what type of cultural change needs to happen for women to get equal pay

Speaker 7: 23:12 In order to make the kind of systemic transformation that’s necessary for all genders to achieve equal status. We really need to understand that value comes from every direction and a diverse workforce is going to be the most flexible, the most productive, the most innovative workforce that you can have once we’re able to unearth the, that happens against women in every group, [we’ll] be able to solve for other groups because women are simply the largest and most influential marginalized population in every group.

Speaker 5: 24:01 I’ve been speaking with [Hei-ock] Kim executive director of the Kim center for social balance. [Hei-ock], thank you so much for joining us.