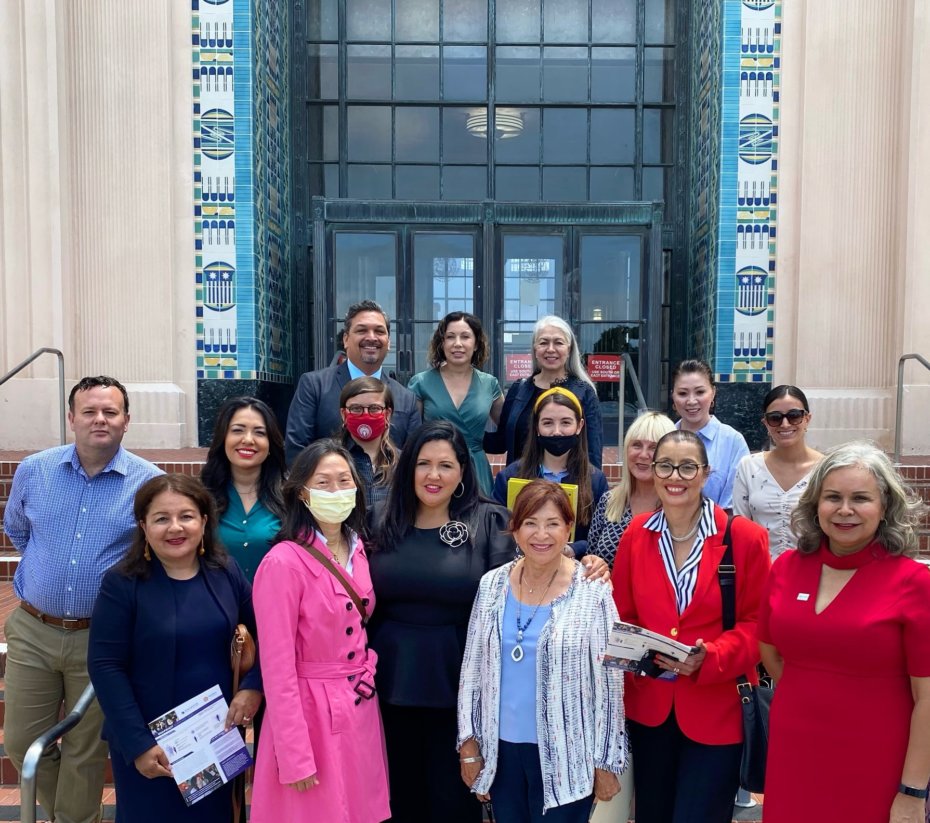 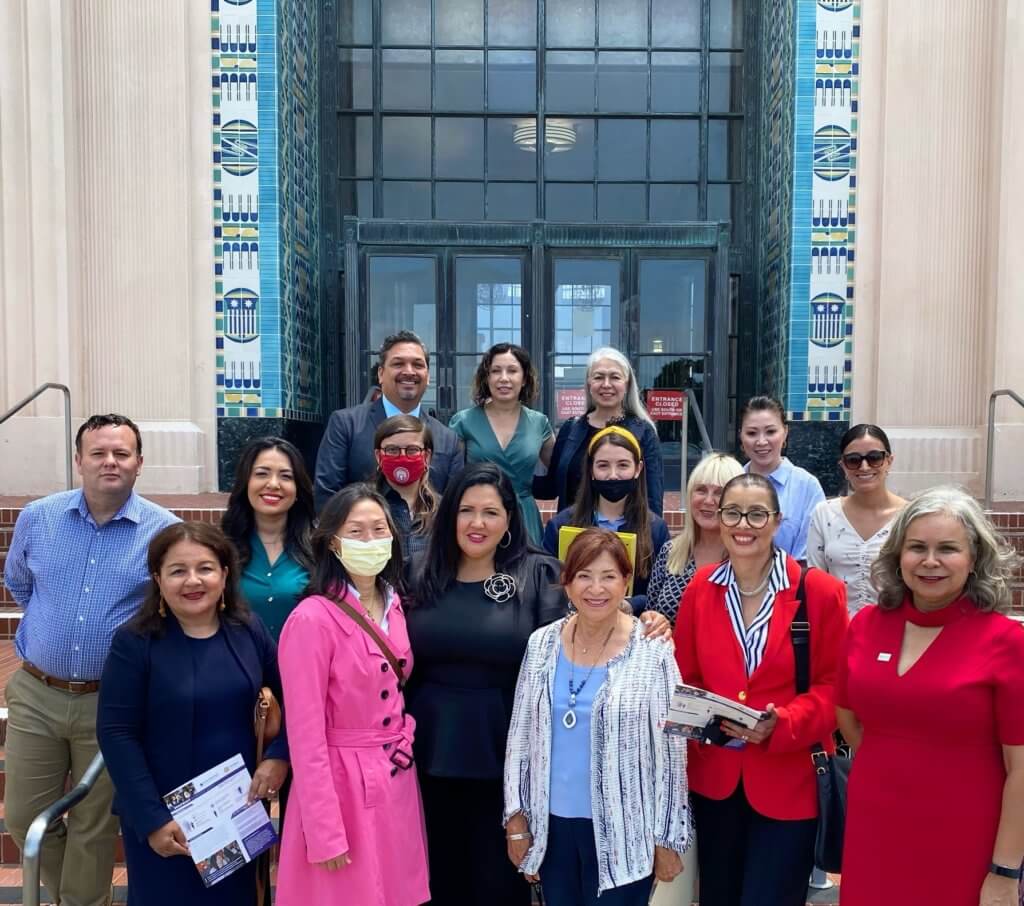 Abstract: Latinas in San Diego’s workforce faced a disproportionately high number of obstacles in retaining or finding employment throughout the pandemic.

Click HERE to listen to the podcast (titled “What Inequities Do Latinas Face In San Diego’s Workforce?”)

Jade: 00:00 The pandemic brought upon a number of drastic changes to the American workplace. And in many cases, these changes prompted many to leave the workforce entirely. Latinas have left the workforce at rates higher than any other demographic, and have had some of the highest unemployment rates throughout the pandemic, according to UCLA research. In response to this trend, MANA de San Diego and the Kim Center for Social Balance have released a snapshot summary of the issue in an effort to highlight the inequities that Latinas in the San Diego region face in the workplace. Joining me with more is Hei-ock Kim, executive director of the Kim Center for Social Balance. Hei-ock, welcome to the program.

Hei-ock: Thank you, Jade. Thanks for having me.

Jade: So you are releasing the first ever regional report today on the status of Latinas in the workforce, and it measures inequalities. What have you found in your research?

Hei-ock: 00:55  We Have found that despite the fact that MANA de San Diego members tend to be in the upper echelons of professions, they are still experiencing the same kinds of barriers to career success as Latinas in all professional tiers. And that’s worrisome, uh, considering that Latinas are a third of all employed women in San Diego county. Employers really stand to gain a lot and lose a lot unless they really pay attention to this demographic group.

Jade: 01:36 So what are some of the obstacles that are standing in the way?

Hei-ock: 01:39 One of the biggest ones is representation. Over half of our participants, our survey participants, reported that there is not fair representation in leadership, and that serves several purposes. First of all, there’s the visual affirmation that Latinas can be part of the leadership narrative in their organizations. And there’s also the hand down effect, you know, the, uh, the mentorship and the opening of opportunities that Latinas can create for each other. And then, of course the influence on our younger generations where they see what’s possible.

Jade: 02:18 So how are Latinas being left behind, say, as the nation continues, its economic recovery from the pandemic?

Hei-ock: 02:24 Latinas are still falling behind in terms of rates of promotion, pay, as well as representation in positions and industries that pay more and have higher levels of respect, if you will. And that’s not changing, unfortunately because Latinas were leaving the workforce in such high numbers because of COVID, that it’s actually getting worse. And as they come back into the workforce and employers are really going to benefit, if they’re able to pay attention to the needs of this group, not necessarily as a special group, but simply to implement practices and policies that ensure that, uh, their promotions, their pay advances, their access to career advancement tools are fairly distributed. And, um, access is fairly offered.

Jade: 03:22 You know there’s growing speculation that there isn’t so much of a labor shortage as there is a shortage of fair compensation and benefits for many workers. Does that play into what we’re seeing with Latinas in the workforce at all?

Hei-ock: 03:36 It does in a lot of ways. I mean, particularly when you’re talking about benefits, uh, family leave, you know, in addition to basic state requirements, accommodations for flexibility, working from home, when it works for people, sometimes it doesn’t work, um, and that’s, that needs to be paid attention to as well. Um, a lot of these things can help Latinas and other groups. And let’s be honest, we’re really talking about women in general, um, because women are the largest, I hate to say marginalized, you know, people, group in the workforce, and they’re often the most, uh, burdened with caregiving and other home responsibilities. In addition to their work responsibilities.

Jade: 04:21 You know the report is also a call to action. So how can the business community in the region support equity and equality for Latinas in the world?

Hei-ock: 04:30 Absolutely it’s a call to action. Uh, research says that, if you want to make widespread cultural transformation, you really need to do it on the local level. But if you’re going to do, if you’re going to have a united community response, you need to have local data. So the Kim Center is launching a full regional assessment. The first of its kind, I think in the country actually, uh, sometime this later this year, and we are hoping that all employers will join forces with us, uh, elected officials, foundations, unions, you know, all our partners and would be partners in the community will join forces with us. On a company by company basis, employers should really pay attention to the highlights that we, um, point to in the report because every community is different. Every company is different. So the highlights that we provide are at least a baseline for what San Diego is addressing. What we’re addressing here is very different from what’s happening in Tulsa, Oklahoma, or New York city. So let’s pay attention to what’s going on here. And then to employers, I would urge you to do your own assessments.

Jade: 05:48 I’ve been speaking with Hei-ock Kim, executive director of the Kim Center for Social Balance. Hei-ock, thanks so much for joining us.

Hei-ock: 05:56 Thank you, Jade. I’m really glad that you’re calling attention to this.

Want to read the Snapshot Summary report? Click HERE to read the Regional Report on the Status of Latinas in the Workplace.