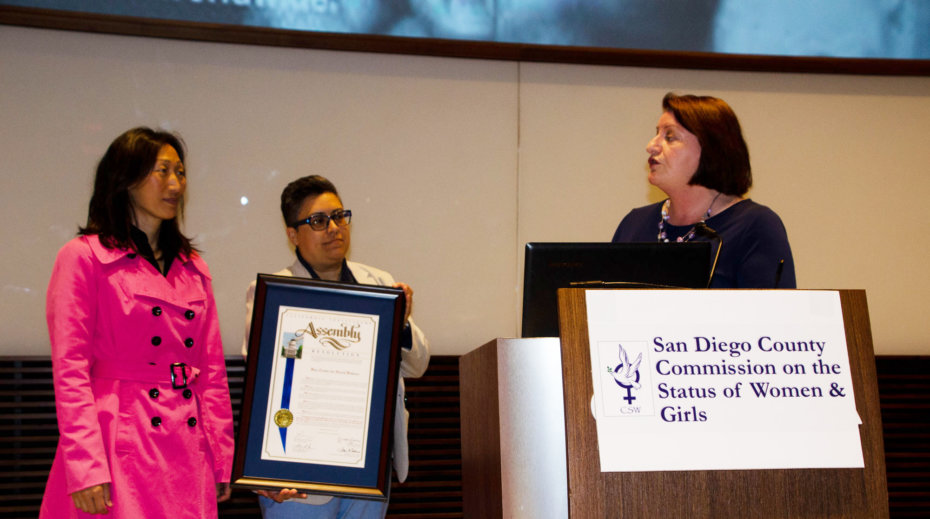 SAN DIEGO — California’s state Senate and Assembly issued a joint resolution recognizing the San Diego-based Kim Center for Social Balance for its efforts to improve gender equity in the workplace.

The declaration — spearheaded by Sen. Toni Akins, Rep. Lorena Gonzalez, Rep. Todd Gloria, and Rep. Shirley Weber — was announced at an annual symposium organized by the San Diego County Commission on the Status of Women & Girls.

The Kim Center, established in 2016 by Executive Director Hei-ock Kim, was acknowledged for its commitment to transforming beliefs and behaviors that obstruct the success of women and other marginalized genders – in both their professional and personal lives. The non-profit organization works with jurisdictions, businesses and advocates seeking to achieve or impact workplace gender equity.

“We are honored to receive this recognition from both the state Senate and Assembly,” Kim said. “Workplace gender equity is essential to our future economic growth, impacting every industry and sector. We thank the entire California legislature for supporting this critical effort.”

If San Diego were to shrink the gender gap in its workforce even moderately, the city could increase its gross domestic product by about $23 billion by 2025, according to a 2016 report from the McKinsey Global Institute. That would involve increasing the ratio of women to men in the workforce, the number of women working full time instead of part time, and the number of women in higher-pay industries.

Workplace gender equity is also intrinsically tied to social equality, and is essential to addressing major social issues, including improving children’s health and education, ending single-mother homelessness, reducing rates of poverty for women and children and eliminating violence in all its forms.

For more information about gender equity and the Kim Center for Social Balance, visit kimcenter.org.